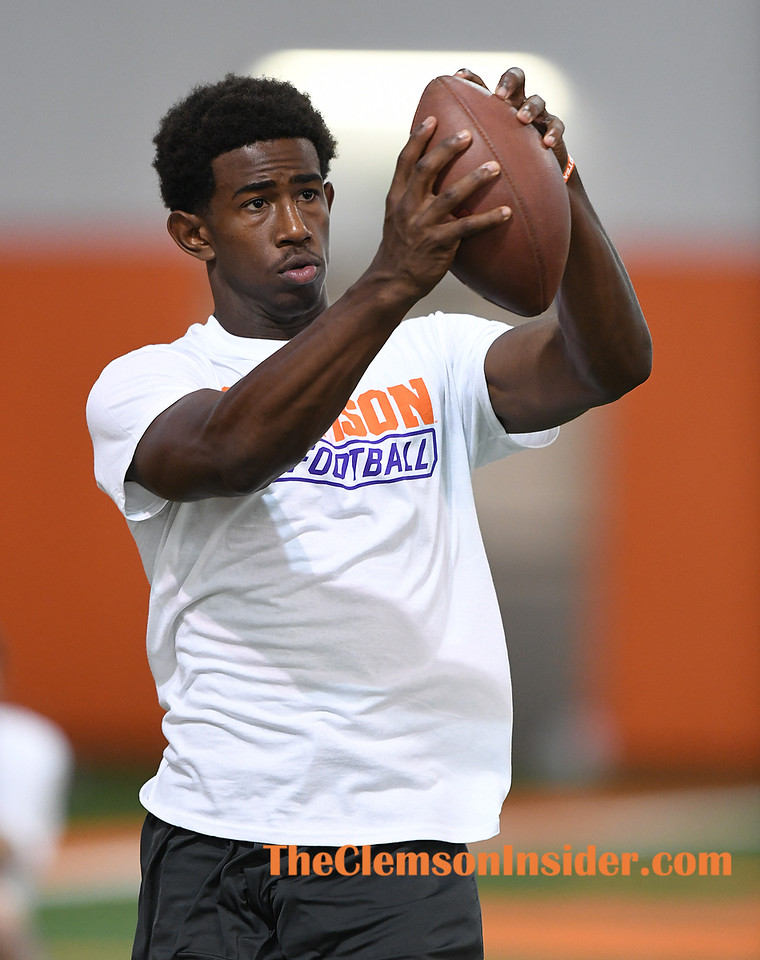 High school stats/accolades: Did not have a 2020 high school season due to the COVID-19 pandemic … as a junior in 2019, had 41 receptions for 1,008 yards and 14 touchdowns … averaged 24.6 yards per reception  … had five 100-yard games … had biggest game against Liberty High with four catches for 178 yards, when all four receptions went for a touchdown including a career-long 80-yard catch … had at least one touchdown reception in nine of the 14 games … selected to play in the Under Armour All-America Game

Strengths: Collins will fit right in with Clemson’s receiving corps as another big, long athlete. Strong and physical at 6-foot-3 and nearly 200 pounds, Collins can climb the ladder and make contested catches in jump-ball situations. He is an effective route-runner and a smooth runner in general with good long speed. Overall, his combination of size, speed and athleticism makes him a matchup nightmare for many opposing defenders. Collins has all of the talent and ability to make a major impact for Clemson in the future and ultimately develop into an NFL receiver. He is a high-ceiling prospect with star potential.

Collins is a winner, as well, and comes from a big-time prep program in St. John Bosco. High school football in the state of California was delayed until the spring because of COVID-19, but as a junior in 2019, Collins helped lead St. John Bosco to a state title, 13-1 record and No. 1 national ranking.

How he fits in: Collins is one of three receivers that Clemson signed during the December early signing period, along with Dacari Collins and Troy Stellato. The trio will try to provide a boost to the Tigers’ receiver corps, which was challenged from a depth standpoint this past season with Justyn Ross out for the year, and Frank Ladson and Joseph Ngata sidelined for much of the year while dealing with injuries. Next season, the Tigers will be looking to replace the receiving production of seniors Amari Rodgers and Cornell Powell, assuming they both do not return to Clemson for the extra year of eligibility granted by the NCAA to all fall sport athletes. So, the door of opportunity figures to be open for Beaux Collins and his fellow receiver signees to contribute right away in 2021 and potentially make an instant impact as freshmen. A plus for Collins as he transitions to the next level is the chemistry he already has with rising sophomore quarterback D.J. Uiagalelei, having caught passes from Uiagalelei when they were teammates at St. John Bosco for two seasons.

Coach speak: Clemson head coach Dabo Swinney on Collins – “Committed early (on January 25, 2020) and has stayed the course. Great family, and going to be a great fit for our program and for that receiver room.”

Clemson wide receivers coach Tyler Grisham on Collins – “Really proud of him, and really happy for us. I told him, we’re getting not just an impact player, but an impact person. I really believe that. I think he’s going to be a P.A.W. Journey ambassador. I can see all of these things for him. But man, we’re getting another polished guy. I think a guy that can play both the boundary and the field position. But very polished, and he loves the game. He loves to work at his craft. He’s always trying to improve… So, really proud of him and expecting big things from him.”