Swinney: ‘We got us a great one in big Phil’ Mafah

Swinney: ‘We got us a great one in big Phil’ Mafah

Nobody on Clemson’s coaching staff is stingier with a scholarship offer than offensive coordinator and running backs coach Tony Elliott, who is admittedly slow to offer prospects and very selective about the running backs he chooses to pursue.

So, the fact that Phil Mafah was the first commitment in Clemson’s 2021 recruiting class says a lot about what Elliott and the Tigers think of him.

“I’m very picky, so I’m usually the last to offer,” Elliott said during Clemson Football’s National Signing Day Show in December. “And for him to be the first commit in this class, just lets you know what kind of young man he is.”

Elliott and Clemson extended an offer to Mafah in July 2019, a month after seeing him work out at the Dabo Swinney Camp that summer, and Mafah gave his verbal pledge to the Tigers last August before signing with the program on Dec. 16 during college football’s early signing period.

So, with Elliott being so choosy about who he recruits at running back, what is it about Mafah that made the Tigers want to get him on board? 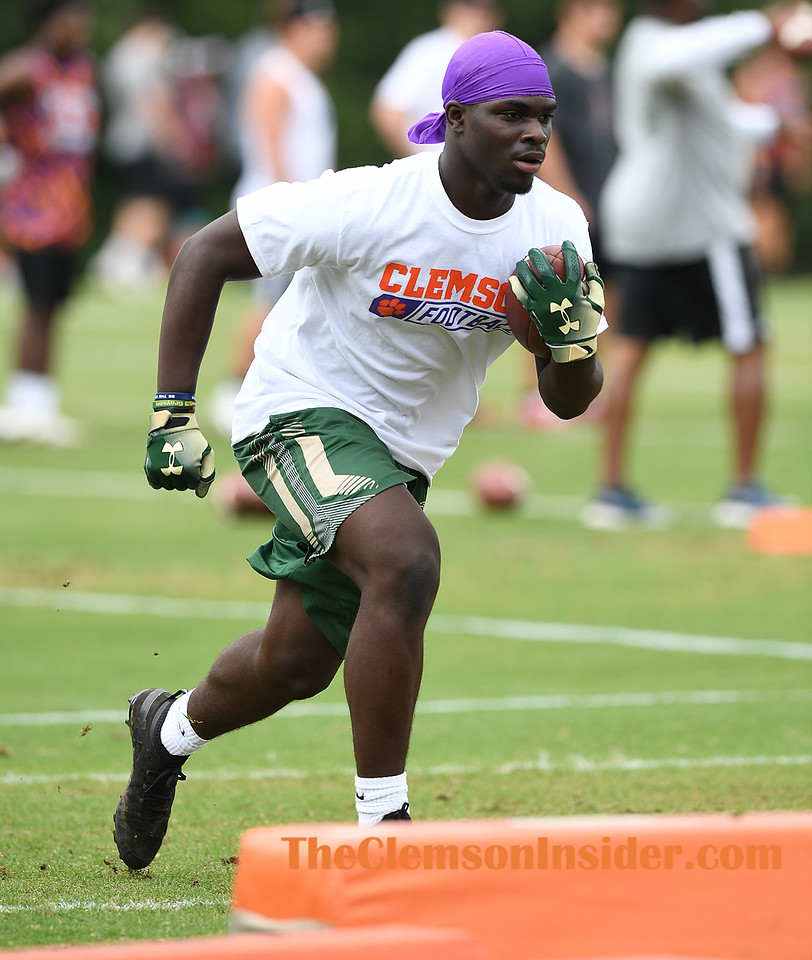 “I think you start with his character,” Elliott said. “When you meet Phil, he’s very quiet, but he’s a no-nonsense kind of guy. He knew exactly what he wanted. … He came to camp, showed everything that he needed to show in camp. But he’s a guy that knew exactly what he wanted. Very intelligent, very smart. From a very humble family. He just had all the qualities. It didn’t take long recognizing or identifying that this is the kind of young man we want in our program.”

While Mafah and Gallman are different kinds of backs, Clemson head coach Dabo Swinney says the two do share some similarities.

“The last running back we got (from Grayson), he’s having a pretty good year for the New York Giants right now,” Swinney said of Gallman during Clemson’s signing day show. “But they’re different. Gallman and Mafah are different as far as the type of running backs that they are. But let me tell you what they’ve got in common – they’re tough. They got toughness, and they’re both winners and they’re coming from a winning program and a winning tradition.”

A unanimous top-300 player nationally according to the major recruiting services, Mafah rushed for 2,526 yards and scored 37 total touchdowns in three years at Grayson High, averaging 8.8 yards per carry. The consensus four-star prospect logged 10 games of 100-plus rushing yards in 29 career games.

Mafah, who enrolled at Clemson this week, rushed for 1,130 yards on 130 attempts (8.7 per rush) and scored 18 touchdowns as a senior in 2020 despite missing several games due to a foot injury.

“Phil is a grown man – big, strong, in-between-the-tackles type of guy but still has the speed to pull away from you,” Swinney said. “Really has had an unbelievable year this year. Got hurt … Hurt his ankle, foot area. But we think we got us a great one in big Phil.”