Will Prichard, a talented quarterback from The King’s Academy in West Palm Beach, Fla., feels grateful to already have double-digit scholarship offers under his belt as a sophomore prospect in the 2023 recruiting class.

“It’s been going well,” Prichard said of the recruiting process. “I have 10 D-I offers, but always looking for more. But I am truly blessed to be in the position I’m in.”

Prichard (6-3, 195) has collected Power Five offers from Auburn, Vanderbilt, Utah, Arizona and UCLA since last November, but there is one offer in particular that he hopes to pick up moving forward – one from Clemson.

“That’s my dream school, and I have visited and been on campus so many times it basically feels like my home,” Prichard said. “But I’m just waiting on an offer at this point.”

Clemson typically doesn’t offer prospects until the summer before their junior year, per Dabo Swinney’s policy, though the Tigers are showing early interest in Prichard.

“A couple of the coaches followed me on Twitter such as Tyler Grisham and Michael Reed,” Prichard said. “They said they would check my film out and be in touch.”

The term “dream school” is often thrown around and sometimes overused by recruits, but for Prichard, he means it when he says it. 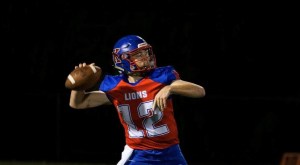 “Clemson is my dream school because I’ve been watching them since I was born and I have a house in the Palmetto State,” he said. “Also, I love the program because the coaches are the most honest and real coaches I’ve ever been around.”

As Prichard goes through the recruiting process, he is keeping his options open and trying to find the school where he feels most wanted.

“I’m keeping everything open,” he said, “and making it a competition of who wants me and not who I want.”

In four games as a sophomore last season, Prichard threw for 742 yards and 10 touchdowns against just three interceptions.