Washington was named second-team All-ACC by both the league’s head coaches and Blue Ribbon Panel, while Elliott was named to the All-Freshman team by both groups.

Washington is Clemson’s first All-ACC selection since Kobi Thornton in 2019 (second team) and just the fourth in the last 17 seasons. Washington leads the Tigers in scoring (15.6 ppg), rebounding (6.0 rpg) and assists (3.4 apg) and is the only player in the conference to lead her team in all three categories.

Washington surpassed the 1,000-career point mark earlier this season and has scored in double-figures in every game since coming back from an ankle injury in mid-December.

Elliott is Clemson’s second-consecutive All-Freshman team selection (Amari Robinson, 2020) and just the ninth in school history. It marks the first time in program history Clemson has had back-to-back All-Freshman selections. Elliott ranks third in the ACC in scoring among freshmen (13.3 ppg). 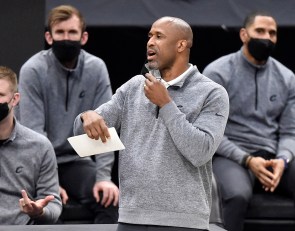