Alabaster (Ala.) Thompson defensive end Peter Woods felt a little relief on Saturday when he hit the post button and released his top 11 schools on social media.

Now, after narrowing down his list of more than 30 offers, the nation’s No. 2 overall prospect in the 2023 class per 247Sports can concentrate on the programs he is most interested in and doesn’t have to deal with as much stress in the recruiting process as he prepares for his junior season this fall.

“It’s giving me a chance to mainly focus on bettering myself and my season, not have to worry about so many schools and stuff like that,” Woods told The Clemson Insider. “So, it’s giving me a better focus going into football and bettering my craft and perfecting it.” 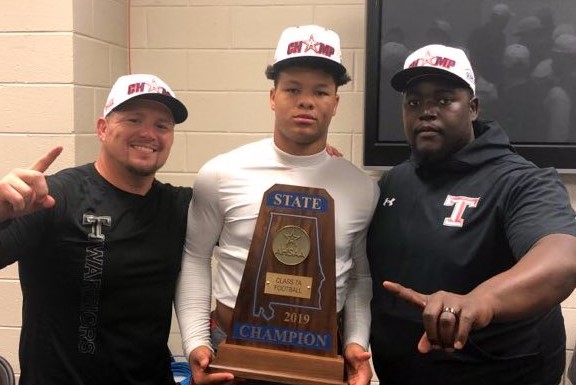 “They’re really great coaches,” Woods said. “They always know what to tell me. Coach Bates always has a quote for me every day to motivate me and get better. They really care about life outside of football and just making me a better man and better people. So, I can really respect that about coaches, and they care about our relationship and building a relationship.”

Aside from his rapport with the staff, Woods included Clemson in his top group because of its winning tradition and the culture Swinney has built.

“Clemson does a lot of things different from other schools and holds you to a lot higher standard, and it shows on the field because they win,” Woods said. “They know how to win and their coaches push you to make you better, and it shows in development, as well.”

Clemson has not yet formally offered Woods, as the Tigers typically don’t begin extending offers to prospects until the summer before their junior year, per Swinney’s policy.

But assuming Woods receives an offer from the program in the future, it would certainly mean a lot to him and have a big impact on his recruitment.

“Clemson offering me would be like a dream come true,” he said. “It’s been one of my favorite schools for the longest, ever since they’ve been on top, and just watching them win and watching them succeed, especially under Coach Dabo’s coaching, it really made me want to look further into the program.”