Clemson DT is an inspiration for Greensboro lineman

Clemson DT is an inspiration for Greensboro lineman

Clemson has had success recruiting players from Greensboro, N.C., during Dabo Swinney’s tenure as head coach, landing defensive tackles such as D.J. Reader in 2012 and most recently Payton Page as part of the 2021 class.

Page, a former four-star prospect from Dudley High School, serves as an inspiration for another standout lineman from Greensboro on Clemson’s recruiting radar – Jamaal Jarrett, a class of 2023 defensive tackle/offensive lineman from Smith High School.

“Almost everybody in the Greensboro area knows him and the accomplishments that he’s done,” Jarrett told TCI. “But he is a great player, and the way he played and represented his town kind of paved the path for me to do great or greater than him and represent this town as well.” 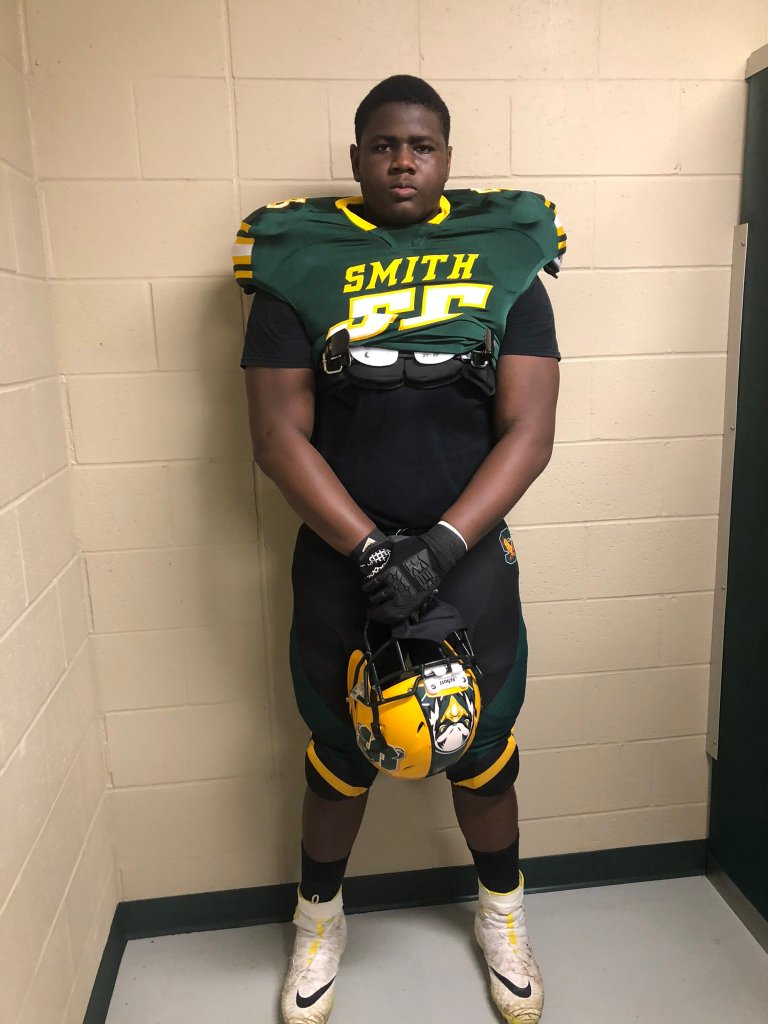 Just a sophomore, Jarrett stands at 6-foot-6, 290 pounds and has an 80-inch wingspan as a 15-year-old. He has a Power Five scholarship offer under his belt from North Carolina, while schools such as Duke, South Carolina, Florida State, Michigan and Penn State are showing interest along with Clemson.

The Tigers typically don’t offer sophomore recruits, but Jarrett has his sights set on scoring an offer from the program in the future and earning the opportunity to follow in Page’s footsteps at Clemson.

“I know if I can land this Clemson offer, hopefully I know I would make a lot more people proud of me,” he said.

Clemson’s program is very appealing to Jarrett for a variety of reasons.

“To be honest when I see Clemson, I think about that cool orange,” he said. “I love how they have Howard’s Rock and how the whole community and state is involved in their team. It’s like all love over there when I see them.”

A two-way player in high school, Jarrett says schools are recruiting him simply as a lineman who could end up on either side of the trenches at the next level.

“They like how I play on both sides of the ball but they said they will make the decision on where they want me at,” he said.

“But me as a player, I would say that I am a very good teammate and I’m a big man that can move. I use my strength and quickness to try and defeat the man in front of me. But I am an overall great athlete that loves to learn. And keep working.”