After Clemson inked Barrett Carter last December, head coach Dabo Swinney had high praise for the five-star prospect and versatile athlete from Georgia, calling him “as dynamic a guy as we’ve signed.”

Carter was labeled as a linebacker by all the major recruiting services, but while he is more than capable of manning that position, the Tigers intend to get the most out of his talent and all-around skill set by using him in a variety of ways, a la former Clemson star Isaiah Simmons.

The Tigers believe Carter (listed at 6-foot-1, 220 pounds) has the size and physicality to play in the box, as well as the speed, range and coverage ability to play on the back end.

Carter is set to enroll at Clemson in late June and will come in ready to line up all over the field, wherever the Tigers ask him to.

“I expect to be used in a very versatile way, whether that is playing linebacker, DB, nickel or dime,” Carter told The Clemson Insider this week. “Just being that do-it-all player who doesn’t come off the field.”

Carter continues to stay in contact with the coaches as he gets ready to graduate from high school and then join the team this summer ahead of fall camp. 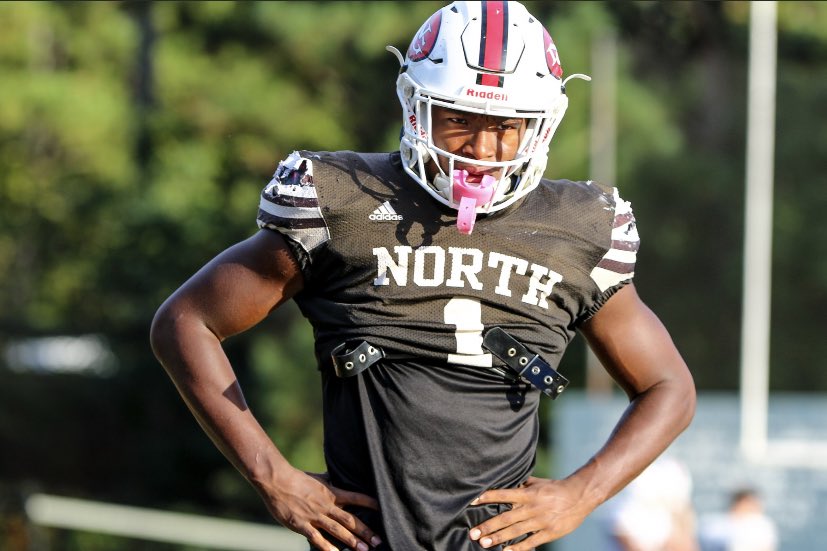 “I’ve been hearing from them to just finish strong in school,” he said, “and to hit the playbook really hard because they’re gonna need me on the field this year.”

Carter has also been keeping in touch with the midyear enrollees in Clemson’s 2021 class who enrolled in January and hung out with some of them on campus recently.

“I’ve talked to all of them,” he said. “They’ve all said how much they’re loving Clemson and how it exceeded their expectations. I self-visited a couple weeks back and met up with Will Shipley, Phil Mafah, Payton Page and Andrew Mukuba, and it was good to finally meet all of them – besides Phil because we’ve known each other – and to also match a name with a face.”

Carter is coming to Clemson ranked as a top-30 national prospect in the 2021 class by both 247Sports (No. 17 overall) and Rivals (No. 21). He played on both sides of the ball at North Gwinnett High School in Suwanee, Georgia, seeing action at running back and even quarterback in addition to his duties on defense.

Carter finished his high school career with 162 tackles, including 27 for loss and 18 sacks. In seven games as a senior last year, he tallied 38 tackles, 11 tackles for loss and five sacks to go with 429 yards rushing and 10 touchdowns, along with seven receptions for 68 yards. He had a 79-yard interception return for a score and also threw a 13-yard touchdown pass.

Looking ahead to his freshman year as a collegiate student-athlete, Carter is setting the bar high for himself, both on the field and in the classroom.

“Goals for my freshman year are to be on the honor roll and be the best student I can be, become an All-American and do anything in my power to help lead my team to success on and off the field,” he said. “There isn’t one thing I can pinpoint that I’m working on, just getting bigger, faster and stronger and working on the basics that got me to where I am today.”

Carter can’t wait to start his Clemson career and put his stamp on the program in the coming years.

“I am beyond excited, and words can’t even describe how blessed and fortunate I am to be in this position,” he said. “I’m ecstatic to leave my legacy as a Tiger.”

When NFL scouts watch Clemson’s Trevor Lawrence play, there is a certain player that comes to mind. However, it is not the one Lawrence aspires to be compared to. Lawrence grew up a fan of Peyton Manning, (…)

After netting a brace in a 2-1 win over No. 11 South Carolina, freshman midfielder Megan Bornkamp was named the ACC Offensive Player of the Week, announced by the conference office on Tuesday. Bornkamp (…)

Former Clemson wide receiver Amari Rodgers will host his first football camp this Saturday at the Kroc Center in Greenville, S.C., from 2-5:30 p.m. The first four people to share the attached graphic (…)