A top-100 national recruit and the top-ranked prospect in the state of Tennessee for the 2023 class is looking to check out Clemson in person for the first time.

Riverdale High School (Murfreesboro, Tenn.) defensive end/outside linebacker Caleb Herring told The Clemson Insider that Clemson is one of the schools he wishes to get to after the NCAA dead period ends.

“I want to try to visit Tennessee and Clemson,” he said.

Right now, all in-person recruiting remains suspended through the end of May, though all signs point to the dead period being lifted in June.

If Herring is able to make a recruiting visit to Clemson, there are a few things he hopes to get out of the trip to Tigertown. 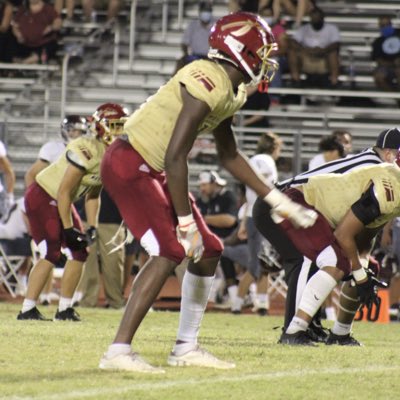 “I’m hoping that I’ll learn a lot more about the program other than them being a football powerhouse,” he said. “I want to start and build a relationship with the coaching staff and see if Clemson could possibly be a good home for me. And another thing I would want to learn about is the school academic rankings because obviously academics comes first.”

Clemson has shown early interest in Herring, and he has communicated a little bit with defensive ends coach Lemanski Hall. College coaches aren’t allowed to start actively reaching out to recruits until Sept. 1 of their junior year, but coaches can answer the phone if a recruit calls them, and so the rising junior Herring has initiated contact with Hall.

“I really haven’t gotten to know about him as a person, but as a coach he seems like a cool guy,” Herring said of Hall. “I can see myself getting closer to him when they’re allowed to talk to the 2023 class. When he told me that he really loved my film, that kind of shocked me because I know I can do better.”

Clemson won’t begin extending offers to prospects in the 2023 class until this summer, but the Tigers are nonetheless one of three schools standing out to Herring at this point in his recruiting process.

“Tennessee, Michigan, and Clemson,” he said. “These schools have actually been trying to recruit me.”

Herring plans to release his top 10 schools sometime during his junior year and said Clemson will definitely be on the list.

As a sophomore last season, Herring was credited with 55 total tackles, including 14 for loss and 2.5 sacks, to go with an interception and a couple of pass breakups in 12 games.