One of the country’s top cornerback prospects in the next recruiting cycle hails from Roswell (Ga.) High School in class of 2023 four-star Ethan Nation.

The 6-foot, 170-pound rising junior still has two years of high school ahead of him but already claims 40 offers and is being sought after by many of the nation’s top programs.

Clemson hasn’t quite yet moved on to offering 2023 prospects, as the Tigers typically don’t offer recruits until the summer before their junior year, though they have shown interest in Nation and he is an offer candidate come this summer.

Nation got in touch with his area recruiter for the Tigers, Mickey Conn, through his coach at the end of his sophomore season last year when he tallied eight interceptions and six pass breakups on 18 targets.

“He just said that I’m going to be one of his top kids once they can start contacting me and he just said he loves how I can play cornerback,” Nation said. “He said I’m a well-rounded cornerback.” 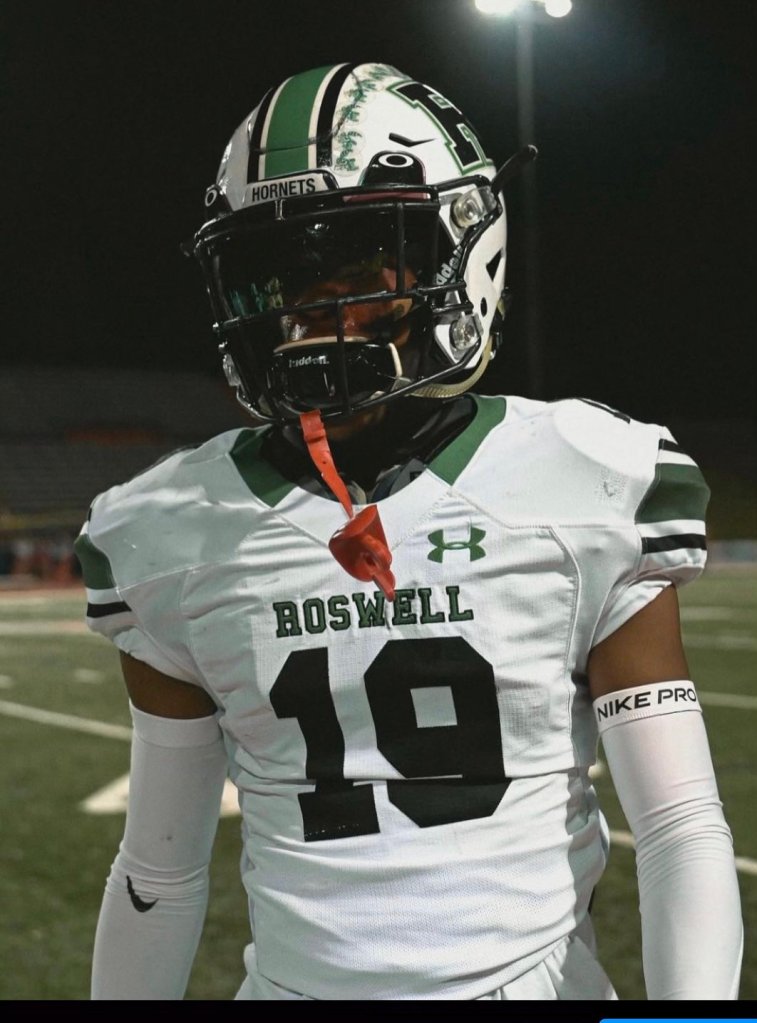 Nation is slated to visit a slew of schools after the dead period concludes at the end of May, including Georgia, Florida, Miami, Florida State, Oregon and Southern Cal.

Although he has yet to make a recruiting visit to Clemson – something he wants to do this summer – Nation is very familiar with the school as his sister attended Clemson and was a Rally Cat.

Having experienced the environment in Death Valley on multiple occasions as a spectator, Nation would love to add an offer from Clemson and have the chance to suit up for the Tigers.

“It would mean a lot, taking that I grew up watching them a lot,” he said. “My sister went there. I’ve been to a lot of their games. Just how the fans interact with each other and how the atmosphere is, it would mean a lot.”

Nation’s sister is staying in his ear about Clemson as he goes through the recruiting process.

“100 percent,” he said. “She said once they offer, she wants me to commit. But she just told me that it’s a great school and it’s a great atmosphere, great campus and everyone interacts with each other really, really well.”

Several things stand out to Nation when he thinks about Clemson and its football program.

“Their culture, how they can develop players, how it’s a family set around, how all their players are united as one,” he said.

Nation isn’t claiming any favorites in his recruitment right now and doesn’t have a specific timeline for his decision in mind but plans to start cutting his list down when he is able to get on campuses this summer and check out schools.

“I’d say it’s still pretty wide open,” he said of his recruitment. “I’ll probably narrow it down once I start to see the schools. But I don’t really know a set time where I’m going to commit. Just whenever the opportunity presents itself.”

Nation checks in as the No. 10 cornerback and No. 110 overall prospect for the 2023 class in the 247Sports Composite rankings.