Clemson checks all the boxes for versatile Utah recruit

Clemson checks all the boxes for versatile Utah recruit

Prior to this past season, Harrison Taggart played wide receiver his first two years at Corner Canyon High School in Draper, Utah.

But the 6-foot-2, 205-pounder switched positions as a junior in 2020, moving to linebacker, and had a monster season as a result – posting 140 tackles, including 10 for loss and five sacks, along with three interceptions.

Taggart, who also runs track and recorded a time of 10.7 in the 100 meters this spring, sees himself as a hybrid linebacker/safety type like former Clemson star Isaiah Simmons or Jeremiah Owusu-Koramoah from Notre Dame.

“My game at linebacker is very versatile,” he said. “I love being physical and playing the box, also playing the pass game and covering. My speed is greatly used in all parts of my game playing sideline to sideline as well.” 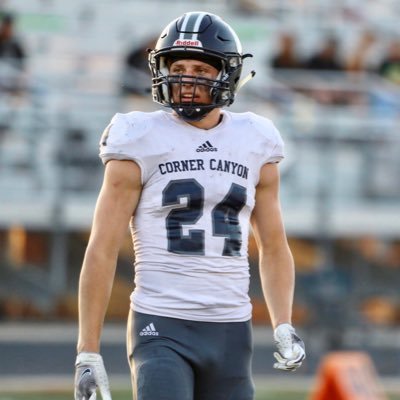 Taggart, a class of 2022 prospect, is on Clemson’s recruiting radar and recently received a follow on Twitter from safeties coach Mickey Conn.

“I hope to connect with him and the rest of the staff soon,” Taggart said.

Taggart told TCI he is “extremely interested” in Clemson and would love to visit at some point if his interest is reciprocated by the Tigers.

“Clemson appeals to me because of the culture they have there, also the strong football tradition,” he said. “I am interested in the business path and I know Clemson can offer that as well. They check all of my boxes!”

So far, the only visit Taggart has scheduled for this summer after the NCAA dead period ends May 31 is one to Arizona.

The Wildcats are among the nearly two dozen programs that have offered Taggart to date, along with schools such as Boston College, Cal, Colorado, Louisville, Nebraska, Northwestern, Oregon State, UCLA, Utah, Vanderbilt, Virginia and Washington State.

Some of those are standing out to Taggart at this stage of his recruitment.

“At this point, Virginia, Northwestern, Utah, Arizona, Louisville and UCLA are making the biggest impression on my process right now,” he said.

Taggart said his commitment timeline depends on when he is able to check out his top schools.

“My summer schedule is packed with track, training, football, etc.,” he said, “but any time I have I will try to get on campuses.”

Taggart was named a junior All-American by MaxPreps following the 2020 season. He is ranked as the No. 8 player in the state of Utah by both 247Sports and Rivals.