Turk Pettit posted his second consecutive round of two-under-par 69, while Jacob Bridgeman and Kyle Cottam both fired one-under-par 70s in leading Clemson to a tie for fourth at the NCAA Kingston Regional at the Golf Club of Tennessee on Wednesday.

The Tigers will join host school Vanderbilt, Arkansas, San Diego State and NC State as the five schools that will advance to the NCAA National Tournament in Scottsdale, Arizona on May 28.

It marks the sixth straight time Clemson has qualified for the NCAA National Championship tournament. Clemson is one of seven schools to do it, and is joined on the list by Arizona State, Illinois, Oklahoma, Oklahoma State, Texas and Vanderbilt.

“It was quite a day, it was nerve wracking, but I am proud of my team,” said Penley, who has announced this will be his last year as Clemson head coach. “Turk got off to that great start with birdies on his first three holes and it put me a little at ease. But there were a lot of lead changes, a lot of back and forth the entire day.” 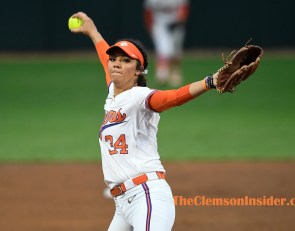