Versatile California athlete has ‘diehard’ Clemson fans in his family

Versatile California athlete has ‘diehard’ Clemson fans in his family

A versatile athlete from the Golden State with family located near Clemson is getting ready to compete at the Dabo Swinney Camp this week.

Quincy Craig, a class of 2022 prospect from powerhouse Mater Dei High School (Santa Ana, Calif.), has been in contact with receivers coach Tyler Grisham and plans to work out for the Tigers this Thursday, June 3.

Craig (5-10, 175) started at running back his sophomore year and saw some action at defensive back as well. As a junior last season, he played nickel, corner and slot receiver in addition to running back. 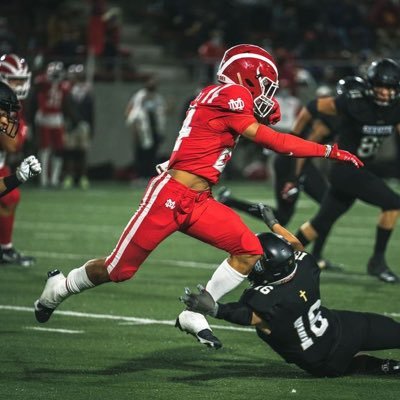 Craig also camped at Clemson in 2019 when he worked out as a defensive back. Most schools are recruiting him as a running back or slot receiver.

Craig has family members on his father’s side of the family who live in Seneca, S.C., and love the Tigers.

Along with Clemson, schools such as Colorado State and Boise State are showing interest in Craig, who holds offers from Arizona State and Utah State.

As Craig put it, an offer to play for the Tigers would be an “amazing opportunity” for him.

“I do have family out there,” he said. “I do like the school a whole bunch. The program is nice football (wise), and academically, I heard they’re strong too. So, it would mean a lot.”