Football, basketball stars come together to prove Clemson Family is not a slogan

Football, basketball stars come together to prove Clemson Family is not a slogan

SENECA, S.C. — Brian Mance is a perfect example of what the Clemson Family is all about.

“It is not a saying. It is not a slogan. It is not a tag line. It is just a way of life,” Mance said Monday while some of his former teammates and Clemson lettermen in football and men’s basketball played golf to raise money for his medical cost at the Cross Creek Golf Course in Seneca. “We all poured our blood sweat and tears out on our respected arenas. It is a family thing. It is a bond.

“It has been overwhelming just to see the love and support that has come from football, basketball and the communities. It has been really overwhelming.”

Mance spoke to the media in attendance over the phone, due to being unable to attend. He wished he could be there to shake the hands of those who are helping him and his family in their time of need. Mance is suffering from a rare autoimmune disease that attacks his nervous system.

The former Clemson defensive back and graduate coach was diagnosed after having severe headaches that eventually paralyzed him and affected his lungs.

It has been difficult five years for Mance and his wife Torrun, who have a son named Jaden. But they stay positive and with the help of friends like former Clemson basketball star Wayne Buckingham, whose company W.A.B. Sports put on Monday’s golf tournament, they are getting through it one day at a time.

“Words can’t express how grateful I am for Clemson and our Clemson family,” Mance said.

Mance played at Clemson from 1999-’02. As a senior, he was named an All-American after recording six interceptions and 62 tackles.

In 2009, Mance met Dabo Swinney at Gaines Adams’ funeral in Easley. From there a relationship was born. He first worked Swinney’s summer camps and eventually it landed him a job on the Clemson staff as player development coach from 2010-’11 and later as a graduate assistant in 2012.

“Coach Swinney is a great guy. We have a great relationship,” Mance said. “He gave me an opportunity to join the staff back in 2010. We have spoken a couple of times throughout this process. He has been there. He has reached out. He told me if I need anything to make sure I give him a call.

“Anytime I call or shoot him a text, he always responds. I know he is a busy guy. I try not to be that person that sends him a message just because. If I need anything, I know Coach Swinney without a doubt will answer the phone and will help in any way he can.”

On Monday, it was former players like Levon Kirkland, a Ring of Honor member and College Football Hall of Fame nominee, that were helping out.

“He is so inspirational and to hear his story it really makes you reflect. Hopefully, what it does, is make you grateful,” Kirkland said. “To see him and his attitude and how he is handling it, I don’t know if a lot of people could do it the way he is doing it with the class and character in which he approaches his life.

“It can’t be easy. I think this story, especially for the Clemson fans, this story should be told. Everybody that is involved with Clemson or is a fan of Clemson, should recognize and understand who Brian Mance is. If they don’t, it is a shame because he is a part of the Clemson Family.”

And it is a family that takes care of each other. 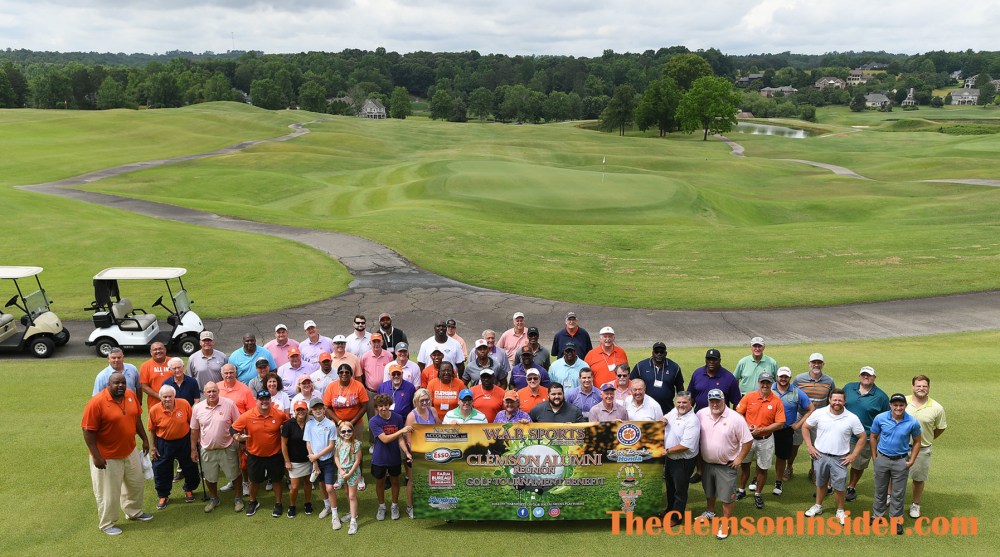