A host of top quarterback prospects traveled to Clemson earlier this month to showcase their talent at the Dabo Swinney Camp.

One standout signal-caller who visited and camped at Clemson was Dylan Rizk, a class of 2023 recruit from Cardinal Gibbons High School in Fort Lauderdale, Fla.

The rising junior was impressed by what he saw at Clemson and felt right at home while on campus.

“In my opinion, I think Clemson has one of the most beautiful facilities in all of college football,” Rizk told The Clemson Insider. “It’s a loving environment over there. They make you feel so welcome over there. So, it was definitely a great experience. I’m really glad that I went.”

Rizk (6-2, 200) threw in front of quarterbacks coach Brandon Streeter and Clemson’s staff on June 10 and spent individual time with Streeter after his camp workout that morning.

“He loved me over there,” Rizk said of Streeter. “He gave me a little private visit after, and he gave me a nice presentation of the school and how the players do their thing over there. It was great. He’s a really nice guy, and I can’t wait to talk to him more as the season and stuff goes on.” 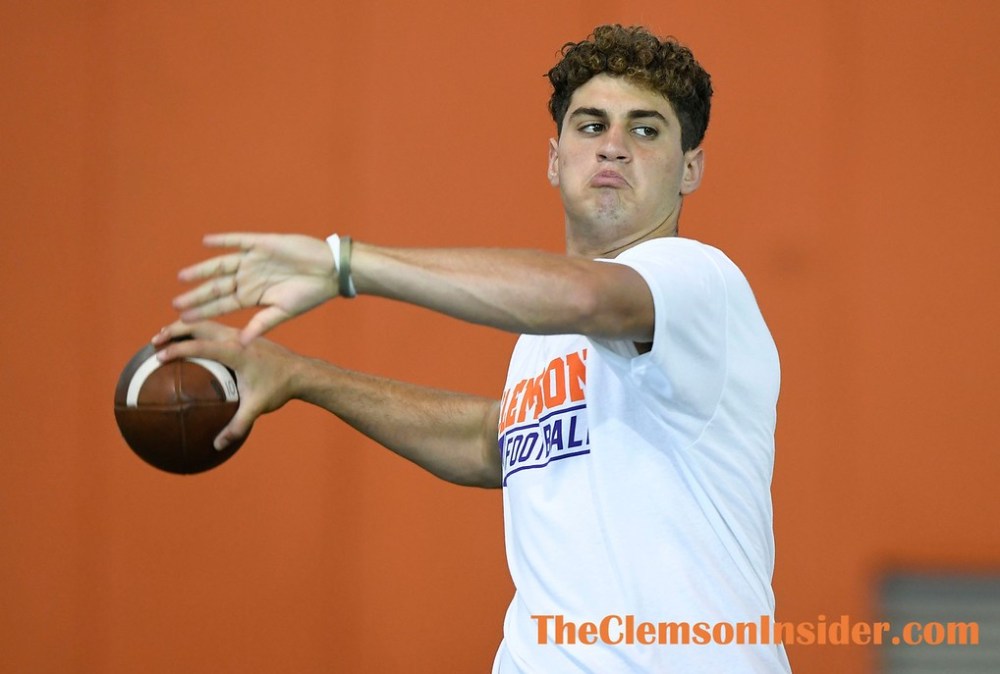 Clemson was among the first handful of schools to show interest in Rizk, who now has offers from Kentucky, Indiana, UCF and Appalachian State.

Streeter let Rizk know he plans to keep in contact with him as he moves forward in the process.

“He told me, ‘We’ll definitely be in touch with you in the recruiting process as the season goes on and as fall camp goes on,’” Rizk said.

In addition to those that have already offered, schools such as Georgia, LSU, South Carolina, Miami, Louisville and Wake Forest are showing interest in Rizk, along with Clemson.

The Tigers made a great impression on Rizk during his visit and could assert themselves as a top contender in his recruitment if they decide to enter the mix with an offer in the future.

“They’re a very religious program and they’re just very genuine people. Coach Dabo is a very, very genuine guy. Good to see that when he was talking to us. So, it was a good time.”

Rizk is visiting LSU today and has also been to camps at Georgia, Miami, Wake Forest, UCF and USF.

Rizk transferred to Cardinal Gibbons High School from American Heritage High (Plantation, Fla.) following the 2020 season. He was named The Palm Beach Post Offensive Player of the Year after completing 69 percent of his passes for 2,075 yards and 17 touchdowns, adding 298 rushing yards and three more scores on the ground while leading American Heritage to the Class 4A-Region 4 final, where they lost to eventual state champions Cardinal Gibbons.