That is a great example of what sets Clemson’s camp apart from camps at many other schools and one of the reasons why parents of campers often rave about how much they love the Swinney Camp.

Unlike some other schools, the Tigers don’t turn their camp into a combine, and there are no 40-yard dashes, broad and vertical jumps or other athletic skills testing. 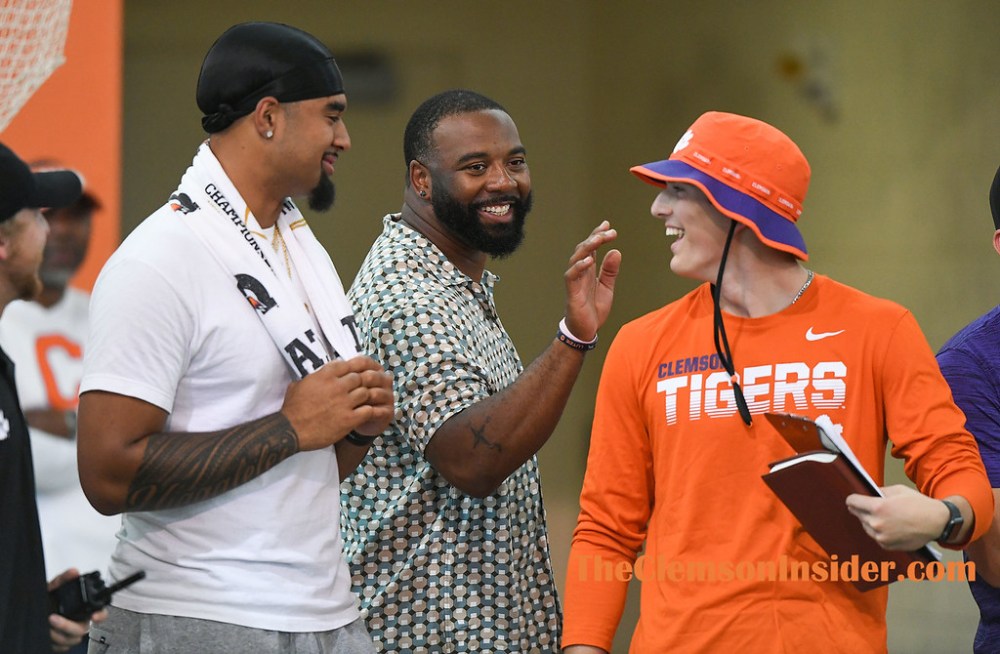 And whether it’s a five-star recruit or just an ordinary kid, Swinney and his staff are hands-on, making sure to show each camper individual attention.

The coaches take pride in helping campers leave the camp a better football player – and a better person – than they were coming in.

“They’re not just drilling them up and looking at who’s on paper, looking at the scripts and like, ‘This is the guy that I really want, so I’m going to just work with him and I’m going to forget about the rest of the kids,’” Boyd said. “They’re really inclusive within that and I think that’s rare these days, especially when I’ve floated around the circuit and seen what that looks like from a favoritism standpoint.

“These guys are here to coach. These kids paid money to come up here and camp, and that’s what they’re going to do.”

Boyd marveled when he took in the Swinney Camp and observed the way that Clemson’s staff went about teaching their crafts.

Many of the high schoolers who camp at Clemson come in looking to earn a scholarship offer from the Tigers. But regardless of whether they do or not, Clemson’s coaches and players equip the campers with things – both in football and life – that they can carry home with them and implement on and off the field.

“Watching (receivers coach) Tyler Grisham do what he does was masterful and it was beautiful,” Boyd said. “And then watching (offensive grad assistant) Artavis Scott jump in the ring and get out there and show these kids what to do was special. So, seeing these guys, man … and then you’ve got (junior receiver) Joe Ngata sitting right there.

“I mean, these kids are getting a world-class experience right here. Even if they don’t get the offer, they can take something back with them that they’ll remember forever, and I don’t think you get that experience anywhere else.”