The son of a former college football player visited Clemson earlier this month and left campus very impressed by Dabo Swinney and his staff.

Class of 2023 defensive back Braylon Johnson, whose father is former Virginia Tech safety Loren Johnson, made his way to Tiger Town to compete at Swinney’s high school football camp on June 10.

“The visit was beyond amazing,” the younger Johnson told The Clemson Insider. “Everyone that I [came in] contact with gave off really good energy. It was like a huge Dabo Swinney effect. When the coaches were speaking, everyone had a story and something to tell.” 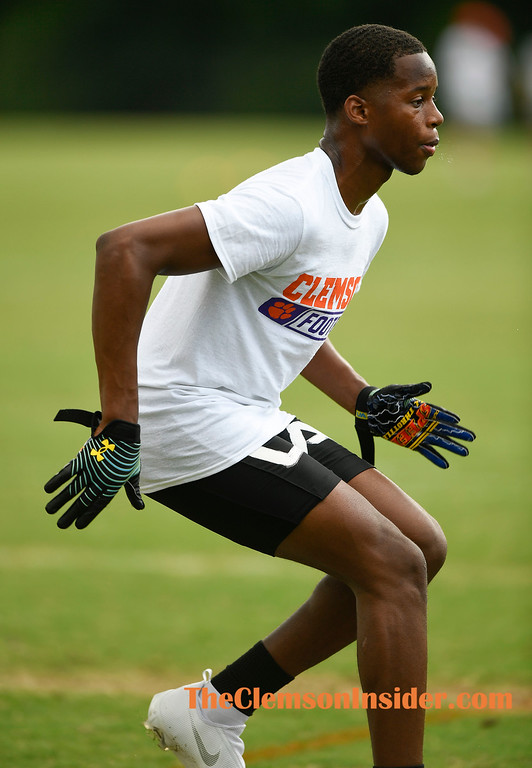 A rising junior with over a dozen scholarship offers, Johnson couldn’t have had a better experience than he did while taking part in the Swinney Camp.

Unlike some other schools, the Tigers don’t turn their camp into a combine, and there are no 40-yard dashes, broad and vertical jumps or other athletic skills testing – which Johnson really appreciated.

“First off, the camp was one of the best I’ve ever participated in,” he said. “It was very thorough, and it wasn’t anything unnecessary. Other camps make you run 40s and test you all day. But at Clemson, we went right into drills. They wanted to see if you could really play.”

Johnson (6-1, 160) is confident he showed Clemson’s staff that he can play at a high level, and based on what he heard from the coaches, they believe in his abilities too and came close to pulling the trigger on an offer.

“Without a doubt I feel like I was the best defensive back at the camp,” he said. “I felt so smooth in my drills and in one-on-ones, was very physical and fluid. Coach Reed [cornerbacks coach Mike Reed] wanted to offer me on the spot, but Coach Venables [defensive coordinator Brent Venables] wants to wait until I get more film, which is understandable.”

“The family atmosphere is what stands out to me,” he said. “And if they were to offer me, they will be high on my list. But we’ll see how everything plays out.”

Johnson has also been to Maryland, Georgia Tech, UNC, UVA, Penn State and Michigan State in June. He is scheduled to visit Coastal Carolina on July 26, Virginia on July 29 and Oklahoma on July 31.