Of note, Trevor Lawrence, the number one overall pick in the NFL draft, earned his third honor. Individual National Champion Turk Pettit of men’s golf earned his second honor, and 110 student-athletes who earned team or individual ACC Championships this season were on the list.

More information from the ACC is included below:

The Atlantic Coast Conference announced the 2020-21 Academic Honor Roll on Tuesday, recognizing a record 5,791 student-athletes for classroom excellence during the most recent academic year.

The ACC Academic Honor Roll is comprised of student-athletes who participated in a varsity-level sport and registered a grade point average of 3.0 or better for the full academic year. The 5,791 recognized this year bettered the previous league mark of 5,611 set in 2019-20.

Duke led all schools with a record 615 student-athletes recognized, and Notre Dame placed 593 on the list. Virginia saw 493 student-athletes achieve Honor Roll status, followed by North Carolina with 463, Boston College with 451 and NC State with 411.

All 15 schools had at least one student-athlete who earned honor roll status for a fifth time.

Please follow the link below for the complete 2020-21 ACC Academic Honor Roll: https://theacc.co/21ACCHonorRoll 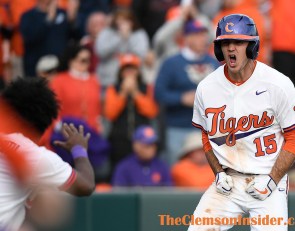 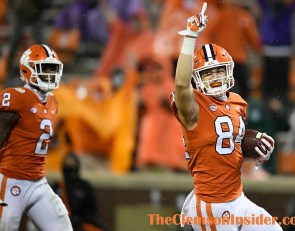 Trevor Lawrence struggled at Jaguars training camp on Monday as he threw three interceptions. But his teammate and fellow Clemson standout Travis Etienne stood up for Lawrence in his post practice (…)

Clemson continues to keep tabs on this Class of 2023 prospect. West Bloomfield (Mich.) High School four-star Amir Herring has pinpointed the Tigers as a school that’s high on his list, even though he (…)