NC State looking to knock Clemson off its 'stepping stool'

NC State looking to knock Clemson off its 'stepping stool'

The Tigers have rifled off eight straight victories against the Wolfpack, including a convincing 55-10 victory back on Nov. 9, 2019.

Clemson and NC State didn’t face off last season, but the two teams will be back in action on Sept. 25, for what will be the Wolfpack’s first conference matchup of the season.

NC State redshirt sophomore linebacker Payton Wilson recalled the atmosphere being “incredible,” even though the Wolfpack were “terrible,” in ‘19.

Two seasons later, the expectations are much higher for an NC State team that expects to win.

So, how do the Wolfpack go about closing that sizable gap between them and Clemson?

Wilson took a stab at the question during Thursday’s ACC kickoff at The Westin in Charlotte, knowing full well that this is a different NC State team.

“I think it’s just taking it one game at a time,” he told TCI. “When we get to that Week 4, when we’re playing Clemson, I think it’s about knowing what they do, playing our hardest and keeping that chip on our shoulder.

“NC State does get disrespected sometimes and I think we have the talent to take it to the next level this year. I think this year, it’s more about going out there and proving it, proving to ourselves that we can beat these teams.”

He firmly believes in the talent his team possesses, much like Wilson, but acknowledged that the Wolfpack’s showdown with Clemson will likely be a must-win game if they plan on contending in the ACC.

As for Wilson, he knows it’s going to take an all-around effort and then some if they plan on knocking off the Tigers.

“We want to play the best teams in the nation, we want to show that we can compete,” Wilson added. “It just takes hard work, discipline and brotherhood to beat someone as big as Clemson. They’re up on a stepping stool, to get there it takes everyone on the team. All 135 guys, not just the 22 out there playing.” 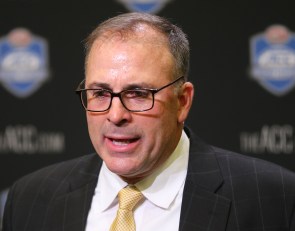 For the first time in what’s been a trying season for Clemson’s offense, Dabo Swinney publicly voiced the obvious about the performance of quarterback D.J. Uiagalelei. “He struggled the first (…)