Dabo Swinney has never been a fan of the College Football Playoff, even though his program has benefitted from it more than anyone.

Clemson is the only program in the CFP era to play in six consecutive playoffs. Four times the Tigers have reached the championship game and twice they won it all.

But Swinney isn’t naïve to understand what kind of toll it has on his players. Making deep runs into the playoff means the Tigers have played two and sometimes three more games a year than the average team. That is three more games and many more practices in which the players are subjected to the brutal and physical nature of the game.

So, when a CFP working group committee recommended expanding the playoff from four teams to 12, Swinney took issues with it and stepped up for his players.

“If we are going to expand more games in the playoff, then we need to talk to about less games in the regular season,” Swinney said at the ACC Football Kickoff in Charlotte on Thursday. “That is my opinion.”

The Clemson coach said adding games, adding practices, lengthening the season, it is not what is best for the players. Earlier this week, Swinney indicated most of his players are against expanding the CFP to 12 teams.

Clemson is one of the few teams in the country where its players have a better idea of what an expanded playoff means for their physical wellbeing.

“I would say I definitely share Coach Swinney’s sentiment, that I don’t necessarily feel comfortable adding another game,” Clemson left guard Matt Bockhorst said. “I think if we’re going to talk about expansion of the playoff, we also need to consider shortening the regular season.

“As an offensive lineman, when you start getting up to 14, 15 games, that’s quite a few snaps. Given the situation we were presented with last year with lack of depth, the snaps added up quickly. That’s some wear and tear on your body that’s hard to describe. I’m not here to get anyone’s pity, but it’s much easier said than done. That’s where I stand.”

Swinney feels adding more games to the playoff will result in seeing more and more high-profile players opting out, something that did not really happen in college football until the sport ditched the old BCS format and added the CFP in 2014.

“Now it is all about the playoff. My main thing is that (college football) was never about that,” Swinney said. “It was always about getting to the postseason. Having a great season. Winning your league, winning your rivalry games, having the best finish you can have and if you are fortunate enough to get in that conversation it would play out. I think that is what made college football unique. The more we go then the more it is just the NFL.

What is the solution? How can college football prevent more and more players from opting out of the playoff and bowl games in the future?

“Let’s find a way to protect the bowls. Maybe we incentivize the bowls. I don’t know,” Swinney said.

What Swinney does know is they better figure something out or it is going to hurt college football.

“I have been a part of every scenario and when it went to a four-team playoff, you better worry. And now, all of sudden, it is all about the playoff,” he said. “Now you go to twelve and it is really about the playoff. I will predict that you will probably have kids optout of the playoffs, especially if you expand the season.

“Whatever the system, all the smart people working on it, whatever they put out, we are going to get ready to go play and go compete and embrace whatever. But, I think, we need to move past having the conversation of what Coach Swinney thinks or what Coach Saban thinks or whoever and what they think about expansion. I don’t think it matters because that train is out the gate. I think the conversation now is what is best for the player.” 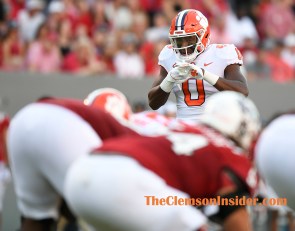 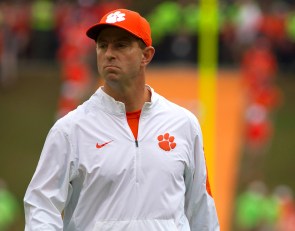 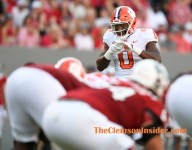