Clemson hosted a prospect that was a long way from home on its campus Friday.

Both of his parents are Clemson graduates, so he finally got the opportunity to see their alma mater. Ryan reacted to his visit on social media and later caught up with The Clemson Insider.

“At Clemson, I got to tour the football facilities (practice fields, weight room, training room, etc.) and then we toured Death Valley and all that it has to offer,” Ryan told TCI.

Ryan didn’t get a chance to do a campus tour because he had a flight to catch, but he saw some bits and pieces when he and his family drove to eat at The World Famous Esso Club.

“My favorite part of the visit was hands down the family atmosphere,” he said. “They made us feel right at home, and everyone who passed by stopped and shook hands and introduced themselves like they were happy that we were there.”

What was the overall message that Ryan received from Clemson’s coaching staff on his visit?

“To sum it up in one word, it was family,” Ryan said. “They put more stress on what the atmosphere and connections were like when you played there over the football potential. They make a commitment to you when you go there. It was all love.”

Friday was the first time that Ryan got to meet the Tigers’ staff in person, so his relationship with them is still pretty new.

And even with that, Clemson made Ryan feel at home, even though his hometown is over 2,000 miles away.

“I don’t have an offer from them, so I wasn’t exactly the top prospect of the day, but you would never know,” he said. “The way they treated us though, you would think I’m their top recruit and that I’ve been there a hundred times. I’m looking forward to building a stronger relationship with them.”

Clemson was Ryan’s last stop on his summer tour. Over the course of this past week, he went to Ole Miss, Mississippi State, UNC, Duke, NC State, NCCU and Elon. He also visited Southern Cal and had an Oregon visit scheduled for Saturday.

Right now, Ryan doesn’t have any visits planned for during the season. He’s not sure when he’ll make it back to Tiger Town. Realistically, it would have to be after the season, only because Clemson is so far from where he lives.

“I definitely want to come back though,” Ryan said.

Ryan would describe himself physically as someone with a bigger build, who has a blend of power and speed. Mentally, he says that he can deal with pressure and understand concepts quite well.

“I would say my strengths are that I’m smart, committed and I play hard and aggressive every down,” he added. 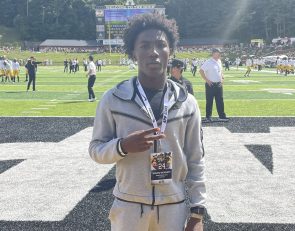 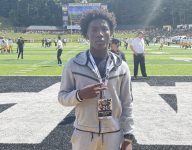 A talented local athlete seeing his recruiting stock rise this season is Mazeo Bennett, a sophomore in the class of 2024 from Greenville High School. South Carolina, Coastal Carolina, Kentucky and Virginia (…)