Swinney: Clemson-UGA matchup ‘what you dream about as a kid’

Swinney: Clemson-UGA matchup ‘what you dream about as a kid’

Dabo Swinney and Clemson try to treat every game with the same mindset, like it’s the most important game of the season because it’s the game they are playing that particular week.

But even Swinney admits there is added excitement surrounding the third-ranked Tigers’ season-opener against No. 5 Georgia on Sept. 4 in Charlotte.

“It’s just so exciting,” Clemson’s head coach said in an interview with Kelsey Riggs and Eric Mac Lain during the ACC Network’s ACC Football Road Trip show at Clemson. “You can just kind of feel it in the air. And then you throw in the fact that you’re playing a team that’s good enough to win the national championship — and we think we’re a pretty good team — it’s just even more so.”

ESPN’s College GameDay will broadcast live from Charlotte ahead of the highly anticipated showdown between the Tigers and Bulldogs, which kicks off at 7:30 p.m. at Bank of America Stadium and will be televised on ABC.

There has been no shortage of hype and hoopla heading into the game between two teams hoping to contend for a national championship in 2021, and it’s the type of dream matchup that Swinney embraces as a coach and knows his players do, too.

“It’s been fun,” he said. “It creates a lot of conversation. You’ve got GameDay and all that stuff right out of the gate. You’re going to Charlotte, it’s national TV. I mean, it’s awesome. It’s what you dream about as a kid, and as a coach, you love these moments. So, we’re excited about it. And this is two teams that have big-time aspirations, and who knows, could play again down the road somewhere.”

One of the biggest challenges for Swinney and the Tigers in preparing for the game against the Bulldogs is the fact that while each team has had an entire offseason to get ready for it, neither team really knows what to expect from the other and there’s so many unknowns going into a season opener like this one.

“There’s so much,” Swinney said. “You get 12 days. You think about that — 300 and something days, all we’ve got is kind of each other. It’s so different from all the other sports. Basketball, baseball, you got to play a million games. But in football you get 12 days that you have on a schedule, and the rest of the year is spent preparing for those 12 days. And you get in the rhythm of the season, you get in a routine.

“But that first game, it seems like it takes forever to get here. There’s so much to do. There’s the most unknowns of any time of your season. You never have this much time to prepare. You know the least at any time because you’re basing everything on last year and last year’s people. So, there’s just so much. It’s the first game for a lot of people. Lot of first-game reminders and procedures and sideline organization and just a lot to get ready for.” 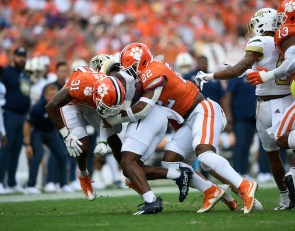 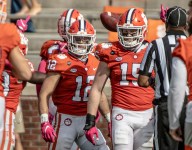