Venables says Mukuba is 'beyond his years'

Venables says Mukuba is 'beyond his years'

Andrew Mukuba didn’t begin playing football until he was in middle school after moving to the United States from Africa with his family when he was a youngster.

Last Saturday, Mukuba became the first true freshman defensive back to start a season opener for Clemson in records back to 1973. The 6-foot, 185-pound safety contributed eight tackles and a pass breakup in his college debut vs. No. 5 Georgia in Charlotte.

Although Mukuba didn’t have any collegiate experience prior to Saturday, Clemson defensive coordinator Brent Venables knew Mukuba would be able to handle the spotlight of the marquee matchup against the Bulldogs and would be just fine starting the primetime game on such a big stage.

“He’s got a lot to learn and he’s not polished yet. He’s beyond his years in some ways, but he’s got a lot of growth to do still,” Venables said during his media availability Monday. “But some guys, the moment isn’t too big for them. When they get out there, it’s just football. But he’s got a great undying attitude and perspective that’s a little bit different, a lot of maturity. So, it’s easy to pull for guys like that.” 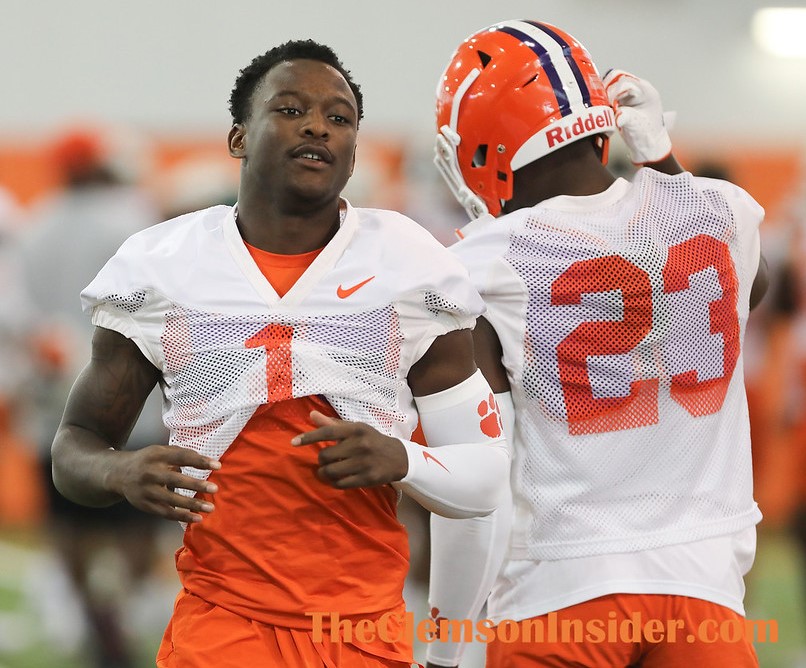 Mukuba, who committed to Clemson last September before signing with the program in December, was ranked as the No. 6 safety and No. 154 overall prospect in the 2021 class by ESPN.

A two-way player at LBJ Early College High School in Austin, Texas, Mukuba won District Offensive Player of the Year as a senior when he had 27 receptions for 427 yards and six scores to go with 173 yards rushing and two rushing touchdowns on 20 carries. Defensively, he posted 60 tackles, six interceptions and four caused fumbles as a senior in 2020.

Venables believes the reason the Tigers were able to land a prospect of Mukuba’s caliber from the Lone Star State is because he was “looking for the right things” and “made of the right stuff in regard to his values.”

“He’s about his business and just a great son, a great brother and a great uncle,” Venables said. “He’s a good young guy and he’s a great teammate and super humble, very hardworking. I don’t know how many times he’s gone out of his way to come up and say, ‘Thank you, coach,’ and he’s done it to a lot of people since he’s been here – ‘thank you for bringing me, thank you for believing in me,’ and stuff like that. It’s like, who does that when they’re 18 years old?

“So, it’s a breath of fresh air. He’s easy to coach, and he’s coldblooded when he’s out on that field. He’s got ice in his veins.”

Venables went on to say that Mukuba, who enrolled at Clemson this past January, is easy to pull for because he is “such a remarkable young guy.”

“First and foremost, he epitomizes what we want all of our program to be about — trying to get our players to think the right way and have the right kind of perspective, and have a thankfulness and appreciation and see the positive as opposed to the negative, and let anything that’s been bad that he’s gone through growing up, or seen maybe family members go through, that he’s allowed that to fuel him instead of destroy him or define him. He’s let it develop him,” Venables said.

“From the very first conversation I remember having with him, he knew so much about Clemson, like what we’re really about – not the winning, everything else. Then he bragged on how big of a fan his brother was, Vincent, who’s like the father figure of their family and was advising him on schools to look at and things of that nature. So, at the end of the day, when it’s all said and done, that’s how we got Andrew, because of his own familiarity, doing his own homework. But what a great fit.”