Skalski: 'Would be awesome if we could see them again'

Skalski: 'Would be awesome if we could see them again'

The toughest part of Clemson’s regular season schedule is behind them.

However, the outcome is not what they had hoped. In the highly anticipated matchup Saturday night, the Tigers fell short to Georgia 10-3, at Bank of America Stadium in Charlotte. The last time the Tigers lost in a season opener was also against the Bulldogs back in 2014.

Clemson quarterback D.J. Uiagalelei struggled to get the ball out of the pocket, resulting in seven sacks for the Georgia defense and a 74-yard pick-six intended for wide receiver Justyn Ross.

The Clemson defense proved that they are a force to be reckoned with, holding Georgia to just three points.

“If we don’t give up the pick-six, it’s a 3-3 game coming down to the wire,” Clemson coach Dabo Swinney said.

The game served as a possible preview for a later matchup between the two in the College Football Playoff.

“I think that’d be awesome if we could see them again, hopefully in the playoffs or something,” Clemson linebacker James Skalski said. “I have a lot of respect for Georgia, and it was fun playing them. They’re a great opponent. Just a bunch of guys having a good time playing football. That’s what happened Saturday night.”

Skalski, a sixth-year senior who missed two seasons with the Tigers due to injury, touched on his experience being in the locker room with younger guys.

“I don’t feel old, everyone wants to make being a super senior this huge deal,” he said. “This is truly my fourth year of healthy football. When you’re playing this game and you’re around this environment, a 50-year-old coach is still a kid at heart, still enjoying the game. And I think that’s what is special about football. It doesn’t matter the age difference. We all love the game, and it really does bring the kid inside you out.”

True freshman safety Andrew Mukuba saw the field for the first time in his college career this weekend.

“He is a really great tackler. I hope you all saw that too,” Skalski said. “He’s a really instinctual guy and just a great football player.”

When asked his perspective on playing in such a low-scoring game, Skalski said, “This was my kind of game right here. I bet the majority of the country would have thought it was a boring game, but if you love football, if you understand the game of football, and defense especially, you really appreciated that one. That was a hell of a football game, and I enjoyed every second of it.”

The Tigers have fallen to seventh in ESPN’s college football power rankings. They will have a chance to redeem themselves Saturday in their first home game in Death Valley against South Carolina State. 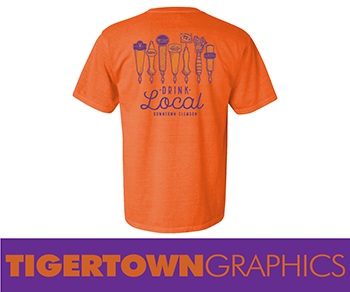