The Bradford High School product is being looked at by Grisham, Clemson as a slot receiver

This Sunshine State prospect is among high school juniors who heard from Clemson dating back to Sept. 1.

Starke (Fla.) Bradford High School 2023 running back Manny Covey’s relationship to the Clemson football program goes beyond his experience at the Dabo Swinney Camp this past summer.

The Tigers are actually looking at Covey (5-11, 175) as a slot receiver. He worked out for and was coached by wide receivers coach Tyler Grisham at Clemson’s camp.

Covey and his father, Rich, caught up with The Clemson Insider regarding their long-standing connection to Clemson and their relationship with Tigers’ running backs coach C.J. Spiller.

“I talked to the wide receivers coach when I went to the camp and he just told me basically that he wanted me to play that position, instead of being a running back,” Manny told TCI.

Clemson reached out and expressed their interest in him almost immediately.

He’s very familiar with the program, not only through Spiller, who is practically family, but he and his family lived in Anderson County from 2009-16 before moving back down to Florida.

Manny’s adopted. He’s been with his family since he was about four years old, according to his father. Rich’s oldest adopted son is first cousins with Spiller. Manny is not actually biologically related to Spiller. 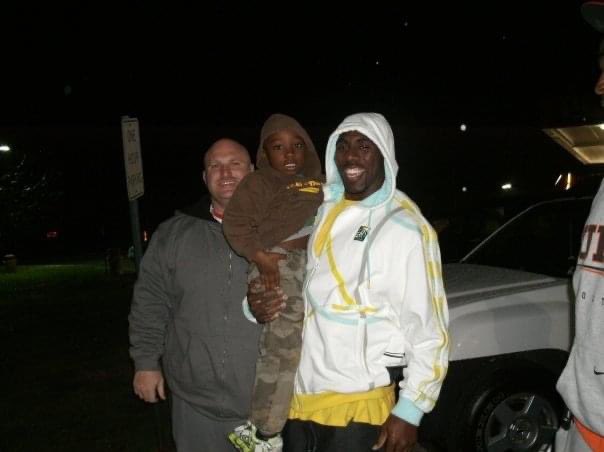 “But he’s called Manny his ‘little cuz’ ever since we can remember,” Rich recalled. “As a matter of fact, I can tell you when we first moved up there, I think it was C.J.’s rookie year (with Buffalo), he came and picked up my oldest son. Willie was actually being recruited to Auburn, him Kevin Alexander and C.J. in that ‘06 class. He was a rookie at Buffalo and he pulled up to our house in his range rover and he got out of the car. He was like ‘what’s up little cuz’ and Manny responded back, ‘you’re not my cousin.’”

Rich can recite that memory like it was yesterday.

“We have a long-standing relationship with Clemson. My oldest son camped at Clemson as well. We’re definitely familiar with the area. Just the fact that he’s even being talked about with a premiere program like Clemson is big for him, whether Clemson offers or not. There’s no arguing that Clemson’s one of the top-3 programs in the country”

If there’s anyone who can say good things about Clemson’s camps, it’s Rich, who’s attended plenty of them as a parent with his sons over the years.

“Even dating all the way back to Dabo’s first year as the head coach there, that was actually when my oldest son went,” Rich said. “The best working camp in the country. This summer, we did Clemson, North Carolina, Duke, Florida State, South Carolina and hands down Clemson’s camp was the best. As far as work, I like that Dabo said ‘Hey look, I’m not running a combine, I’m trying to find football players, so we’re gonna do football stuff.’ And that’s exactly what they did. They worked and taught the entire camp. There’s no doubt that Clemson is the premiere camp — at least the ones I’ve attended as a parent with both of my kids.”

It’s still pretty early on as far as Manny’s recruitment goes and his versatility will play a huge factor, nonetheless.

He’s a running back, slot receiver, kick returner and punt returner. Manny can essentially do it all. Last season, he had almost 1,400 all-purpose yards and a total of 14 touchdowns.

Manny is a versatile threat, who can move all over the field. As far as his recruitment is concerned, it’s all about a team just taking a chance, Rich added.

Though it’s still pretty early on as far as Manny’s recruitment goes, his versatility will play a huge factor, nonetheless. 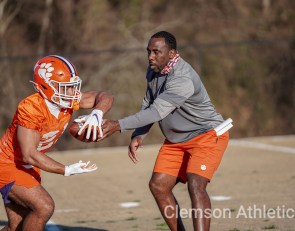