Clemson center Matt Bockhorst isn’t one to hide his emotions. Instead, he wears them on his sleeve, and he did just that this past Saturday during the Tigers’ 14-8 win over Georgia Tech at Death Valley.

The fifth-year senior said during his media availability Monday that he was fired up on Saturday because he was upset Clemson only scored seven points in the first half and knows the Tigers’ standard is much higher than that.

“It’s an emotional game. I’m an emotional guy,” Bockhorst said. “I try to play the game the right way and play with fire. At the end of the day, everyone’s got a job to do, and you’ve got to be held accountable when you don’t do your job. If I don’t do my job, I’m held accountable, and same goes for everyone else. It is what it is, and whatever it takes to get that fire out of everybody, then that’s what I’m going to do.”

In his final season at Clemson, Bockhorst isn’t worried about hurting anybody’s feelings.

Rather, he is more concerned about being a leader and pushing his teammates to be the best they can be for the good of the team as a whole.

“For me, it’s kind of a burn-the-boats mentality,” he said. “You know what, at this point, there’s no going back. This is my last year, my last go-round, and I’m going to do what I have to do to get it out of everybody. It’s not about making friends, it’s about winning games.” 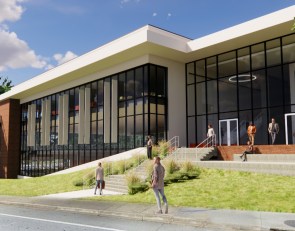