A former NFL quarterback and current ESPN analyst took to Twitter with more thoughts on Clemson’s struggling offense following the ninth-ranked Tigers’ 27-21 upset loss to NC State in double-overtime on Saturday at Carter-Finley Stadium in Raleigh.

Dan Orlovsky, who was on the call for Clemson’s narrow 14-8 win over Georgia Tech in Week 3, said he’s been telling Clemson fans since the spring of 2020 how he feels about the Tigers’ offense — that Trevor Lawrence hid a lot of the problems, among other things.

Been telling Clemson fans for 18 months

The offense is behind everyone scheme wise. Trevor covered up a lot-& it held him back

It can’t always be about “execution”. Your job coaches is to make execution “easier”

It’s fair to say/ask “yes you can recruit-but can you DEVELOP”?

Another ESPN analyst, former Georgia linebacker David Pollack, then responded to Orlovsky’s post with his own comment.

Clemson (2-2, 1-1 ACC) totaled just 214 yards and struggled to consistently find a rhythm offensively against the Wolfpack. The Tigers tallied only 10 first downs, went 2-for-11 on third-down conversion attempts and finished with seven three-and-outs.

D.J. Uiagalelei completed 12-of-26 passes for 111 yards with two touchdowns and one interception. 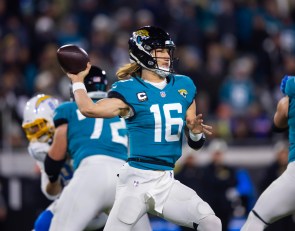