Last season, due to COVID, Clemson limited capacity at Death Valley to 19,000 fans for each of its home games.

But last Saturday, with Clemson back to full capacity in 2021, Death Valley was packed and rocking for the first night game there in quite some time.

Clemson sophomore running back Kobe Pace said Monday the fans helped fuel the Tigers in their 19-13 victory over Boston College.

Clemson junior cornerback Andrew Booth Jr. can’t think of a game in which he’s played in a better environment than the one Saturday night.

“Our fans are loud,” Booth said Monday. “They were there when we needed them the most. It was crazy out there. That was probably the best atmosphere I’ve played in. That was crazy. Our fans were great Saturday, and we can’t thank them enough for how we showed up and showed out.”

The 79,159 fans that were in attendance certainly made their presence felt and had an impact on the game.

Boston College had five false starts in the contest, the most by an FBS opponent in Death Valley since NC State in 2016 (six).

“It was so nice to see the crowd back in Death Valley for a night game again,” Clemson super senior safety Nolan Turner said Monday. “I can’t even really remember the last true home night game we had. It must’ve been 2019. But it was super special to get the crowd back. They’re such a big part of the game, the crowd noise that helps on our side of the ball on defense, and they really do play such a big factor. Death Valley gets loud. It really does, and there’s not a whole lot of places that compare to it.” 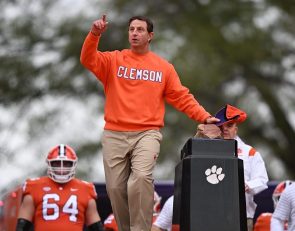 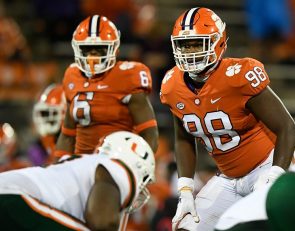