How did Joe Burrow influence a former Tiger in free agency?

How did Joe Burrow influence a former Tiger in free agency?

A former Clemson defensive lineman in the NFL reflected this week on his free agency decision in 2020.

Former Tiger D.J. Reader is now in his second season with the Cincinnati Bengals after signing a four-year, $53 million deal with the franchise ahead of last season.

Reader, one of the NFL’s top nose tackles who played his first four seasons in the league with the Houston Texans from 2016-19, apparently had a free-agent offer from the Denver Broncos as well.

But it was a question from his agent that Reader mulled over when deciding whether to sign with the Bengals or Broncos.

Reader just had to look at the two teams’ quarterback situation to help him make the choice.

“My agent was like, your options are, who are you going to bet on, Joe Burrow or Drew Lock?” Reader recalled, per Geoff Hobson of Bengals.com. “I was like, I really think I’m going to go with Joe Burrow, Joey B. I like what they’ve got going on, I’m excited. That’s really what it came down (to).”

It looks like Reader made a solid decision, as his Bengals team currently owns a 3-1 record and sits atop the AFC North standings with a franchise quarterback in Burrow leading the way.

The Broncos are also 3-1 right now, though it’s Teddy Bridgewater and not Lock that is their starting signal-caller. 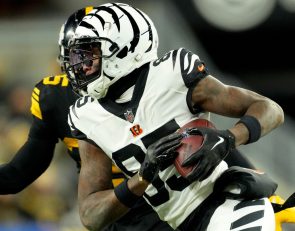 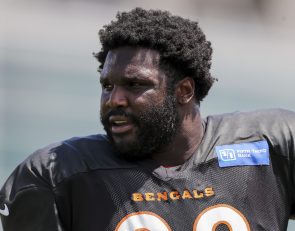 Good news for an NFL Tiger