The Clemson Insider has the latest on this talented Class of 2023 Las Vegas receiver.

“He’s just been checking in a little bit to see how I’m doing,” Branch said. “I’ve just been seeing how their season’s been going and talking to (Grisham) a little bit here and there.”

“The atmosphere looks like it’s crazy,” Branch said. “I just want to experience and see what it’s like, see what they offer and see how good of a team and program they are.”

Branch hasn’t been able to take a game day visit because Bishop Gorman has been playing its games on Saturdays. In addition to Clemson, Zachariah and Zion will be heading to USC, Ohio State and Alabama for visits.

“It’s definitely taken off since Sept. 1,” Branch said of his current recruitment. “I’ve been getting calls and texts daily from different schools. It’s just great to build relationships with other schools and Clemson as well, throughout this process.

Branch has the unique perspective of viewing the recruitment process through the lens of his older brother.

“It especially helps me break down my process as well as his because we’re trying to find a school that can help both of us and just have us both in the same school,” he said. “That’s our goal, to play in college together. We’re both trying to narrow it down to schools that are a perfect fit for me and my brother, as well.”

Branch would like to make his decision either at the beginning of next year or his 18th birthday, which is in March. He’s not going to let his recruitment bleed into his senior season as his brother has. He indicated that he’ll be cutting down his list of schools in the near future, possibly after he takes all his visits. 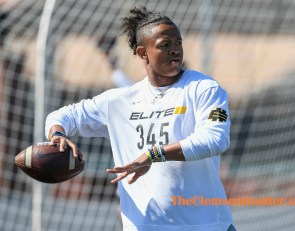 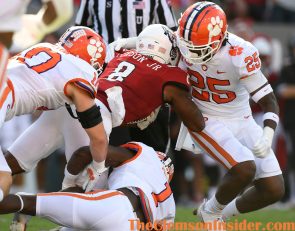