Former Clemson standouts continued to impress in week six of play in the NFL.

The top pick in the 2021 NFL Draft, Trevor Lawrence secured his first professional win on Sunday in London as the Jaguars bested the Dolphins 23-20 at Tottenham Hotspur Stadium.

Lawrence looked impressive as he completed 25-of-41 passes for 319 yards and a touchdown and put Jacksonville in position to kick the winning field goal as time expired. The Jaguars have the week off before traveling to Seattle on Oct. 31.

Each week The Clemson Insider highlights break-through performances by former Tigers at the next level.

Christian Wilkins, Dolphins – While Miami fell to 1-5 on the season after the loss to Jacksonville across the pond Wilkins stood out in the game. He recorded three tackles and strip sacked his former quarterback. The Dolphins hope to bounce back as they host the Falcons on Sunday at 1:00 p.m.

DeAndre Hopkins, Cardinals – Arizona remained undefeated on Sunday in a 37-14 beatdown of the Browns in Cleveland on Sunday. Hopkins showed out with three catches for 55 yards and two touchdowns.

Dexter Lawrence, Giants – Lawrence continued to assert himself as one of the premier defensive tackles in the league on Sunday in a lopsided loss to the Rams. Lawrence recorded seven tackles and a half sack in the contest.

Leonard Williams and Dexter Lawrence in on the sack of Matthew Stafford. pic.twitter.com/6AcYgQaHsp

Isaiah Simmons, Cardinals – Simmons proved a dynamic force once again in the Cardinals’ win over the Browns. He finished the contest with six tackles and a tackle for loss. Arizona hosts the Texans on Sunday at 4:25 p.m. 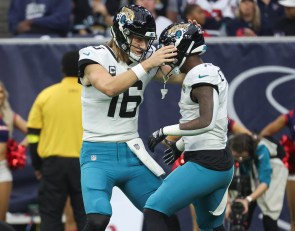 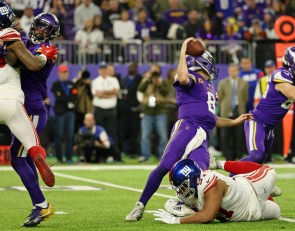 Former Tiger on the wrong end of 'questionable' call 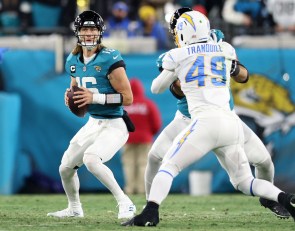