Throughout the course of this Saturday’s version of ESPN’s College GameDay show, Desmond Howard touted Clemson as having a Championship defense.

While the Heisman winner and former University of Michigan standout acknowledged that Pitt and Kenny Pickett will have to show Brent Venables’ defense some respect, he doesn’t expect Clemson to stop the country’s No. 2 scoring offense.

Pickett, who is one of the nation’s top quarterbacks this season, has thrown 21 touchdown passes and just one interception. Pickett leads an offense scoring the second-most point in the FBS (48.3 per game) that also ranks in the top 5 in total offense (530.5 yards) and passing offense (358).

Clemson enters Saturday’s contest as underdogs for the first time since the 2016 season. As Rece Davis mentioned earlier Saturday, this very well could be the Tigers’ last stand, as they fight to stay in contention for the ACC.

That all remains to be seen at 3:30 p.m. this afternoon at Heinz Field in Pittsburgh, PA. 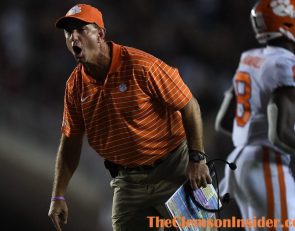 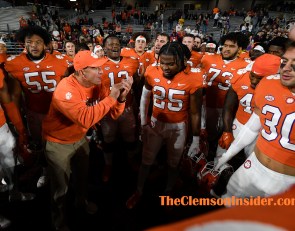 ESPN analyst: 'Clemson is being disregarded to people’s peril'