What They Are Saying: Former Tigers shine in Week 8 of NFL action

What They Are Saying: Former Tigers shine in Week 8 of NFL action

A bunch of former Clemson football stars showed out and made big plays on Sunday in Week 8 of the NFL season.

Check out some of the buzz on Twitter about former Tigers in Sunday’s NFL action:

Quarters? And 21 (Ashtyn Davis) just got caught up staring at Chase (1) maybe?

What a catch by Tee Higgins to set up the touchdown. #Bengals lead 14-7. pic.twitter.com/HunZLzeXDW

Another look at it!

There’s people who love Halloween and then there’s @Shaq_Lawson90

"I should've put the pads on!"

HOLY CRAP. SHAQ LAWSON INTERCEPTS JOE BURROW'S PASS JETS HAVE THE BALL ON THE 14 DOWN 5!

What a play by Shaq Lawson. Tip and a pick. My goodness. The Jets have a chance to take the lead. https://t.co/Ds9E8cWgrO

Shaq Lawson says he "blacked out" during his first-career interception: pic.twitter.com/4ock5ya9Mv

Heck of a time for @Shaq_Lawson90's first pick OF HIS LIFE pic.twitter.com/xmCGtZyN2Y

They showed up in a Trevor Lawrence costume at Jaguars-Seahawks today 💀 pic.twitter.com/CS9AEm6di3

Trevor Lawrence before and after the draft pic.twitter.com/rVWF6qefEa

"I didn't play good enough today and as an offense we just weren't clicking… I think it's everybody taking accountability."

Jayron Kearse is the man lol. They ruled that play dead from the jump, but I mean y'never know what'll happen if you just ignore them.

Cowboys safety @JayronKearse8 is the only defensive back in the NFL over the last 15 seasons to have 40 tackles, 5 TFL, 4 QB hits, and 2 passes defended through the first seven games of a season.

Carlos Watkins with the interior penetration, swarming at the line. Welcomed sight.

Carlos Watkins with a good move there. #Cowboys

Mackensie Alexander with tight coverage and an impressive PD on Cedrick Wilson. Refs call it pass interference. I don't love the call

Shout out to Christian Wilkins for knowing the rules better than the officials.

Bradley Pinion pins the #Saints deep as a fair catch is called inside the 10. #Bucs 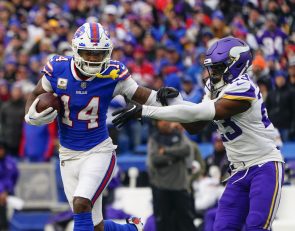