The College Football Playoff committee unveiled its latest rankings for the 2021 season on Tuesday night.

Clemson (8-3, 6-2 ACC) cracked the fourth set of College Football Playoff rankings, coming in at No. 23.

It’s the first time the Tigers have been ranked by the committee this season, a stark contrast from the rest of the CFP era (since 2014) — a span in which Clemson has finished no lower than No. 17 in the final CFP rankings (2014). The Tigers were ranked in the top four of the final CFP rankings every year from 2015-20 while making six straight playoff appearances and winning two national championships.

While Clemson has garnered some respect from the CFP committee after its 48-27 victory over then-No. 10 Wake Forest last Saturday at Death Valley, the Tigers remain unranked in both the latest AP Top 25 Poll and Coaches Poll. 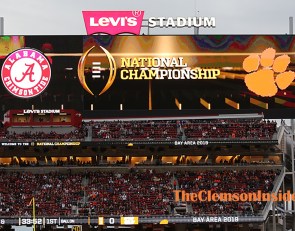