Clemson has the attention of big-time Sunshine State WR

Clemson has the attention of big-time Sunshine State WR

Clemson has the attention of this big-time wide receiver prospect from the Sunshine State.

Tampa (Fla.) Carrollwood Day four-star wideout Bredell Richardson is highly interested in the Tigers and has had his eyes on Dabo Swinney’s program for quite some time.

“I’ve been watching Clemson since I’ve started watching college football,” Richardson told The Clemson Insider. “So, I have high interest and I’m ready to see how they bounce back this upcoming season.” 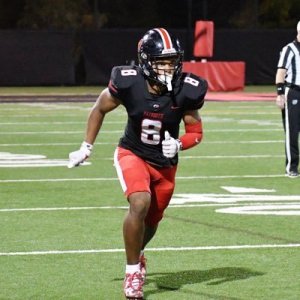 Clemson, of course, typically doesn’t offer sophomores. But Richardson is on the Tigers’ recruiting radar for the future, and while he isn’t sure when he might be able to visit Clemson, he intends to get on campus at some point moving forward so he can check out the program in person.

“Definitely will try my best to get up there,” he said.

With two years of high school still ahead of him and plenty of time left in his recruiting process, Richardson said “it’s early to say” which schools are his favorites right now, as colleges coaches aren’t allowed to actively reach out to 2024 prospects yet.

“They can’t text me or call me yet, so whoever I call shows love and I try to keep in contact with all coaches,” he added.

Despite missing a few games during his sophomore season, Richardson still racked up 24 catches for 565 yards and eight touchdowns in six games.