Clemson has been staying in touch with a top D-line prospect from the Peach State that made a visit to Death Valley earlier this season.

“It was very live,” Reed said, reflecting on his experience in The Valley. “It really gets you into the college kind of atmosphere, and I like that.”

While on campus, Reed had the chance to speak with defensive ends coach Lemanski Hall.

“He was like, he watched my film and he liked my get-off, and I could be a key asset to their defense,” Reed said of what he heard from Hall during the visit. 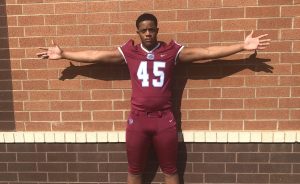 Reed, a 6-foot-5, 260-pound junior with double-digit scholarship offers, has kept in contact with Hall since the visit.

“We talk every now and then,” Reed said.

“We have a good relationship,” he added. “I think he’s a good person and like a father figure in a coach, and that’s something I’m looking for when I’m looking at schools.”

Reed appreciates the interest he has received from Hall and the Tigers to this point in the recruiting process.

“It feels great because they’re a pretty hard program to get into,” he said, “and that they’re looking at me, I’m thankful.”

Along with Clemson, Reed visited Georgia, Tennessee and Florida State this season. The Bulldogs, Volunteers and Seminoles have all offered him, along with schools such as Auburn, LSU, Georgia Tech, Miami, Michigan State, Southern Cal and UCF.

Reed has been looking to possibly make his college decision on May 18, a date of significance for him as it is sadly when his mother passed away. Right now, he said, his recruitment is “still pretty wide open.”

An offer from Clemson would make the Tigers one of the leading contenders for his commitment.

“It would mean a lot,” he said, “and they would most definitely be a top five (school) if I was to have a top five.”

Reed said he “most definitely” plans to return to Clemson for another visit this offseason. He is rated as a four-star prospect by all the major recruiting services and ranked as a top-300 national prospect in the 2023 class by ESPN (No. 281) and the 247Sports Composite (No. 284). 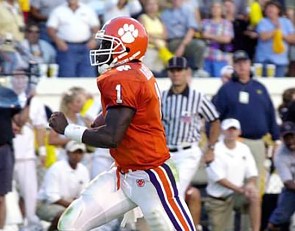