Former Clemson offensive coordinator Jeff Scott tweeted about his favorite recruiting moment and it involves one of the Tigers’ recent transfers.

Scott and Ajou built a strong relationship when Scott recruited Ajou to Clemson and apparently the relationship remains strong.

My favorite behind the scenes recruiting moment for this class happened this past weekend when ⁦@AjouAjou17⁩ was at our house and decided to give Savannah a dance lesson to “This Christmas” 🎄☺️🤘 pic.twitter.com/2jIRxEPkaf

Ajou announced his commitment to South Florida earlier on Wednesday. 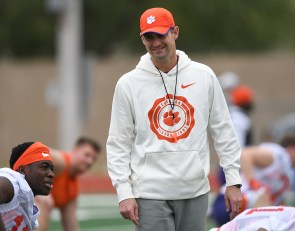 Jeff Scott headed back to Clemson? 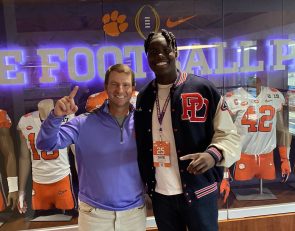