Paul Tchio, who entered the transfer portal in November, announced that he will be taking his talents to Georgia Tech.

A former four-star prospect from Milton (Ga.) High School, Tchio entered the 2021 season having played 80 career snaps over nine games in his debut season in 2020.

This season, Tchio played 19 snaps vs. Georgia and played 33 snaps vs. SC State as Clemson exceeded both 200 rushing yards and 200 passing yards. He made his first career start at NC State, playing 42 snaps, and played six snaps vs. Boston College before playing one snap vs. Florida State. 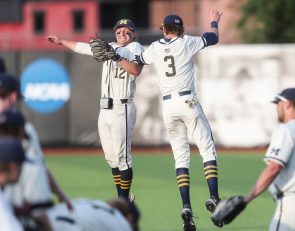 Transfers’ initial impact felt off the field for Clemson baseball