When it comes to coaches branching out from his program to run their own, Clemson coach Dabo Swinney had a couple of twigs.

And it’s starting to blossom.

Swinney’s coaching tree now has several branches, some of them rooted at the Power Five level of college football. Five of Swinney’s former assistants at Clemson are now head coaches with three of those becoming first-time head coaches within the last two years.

Of course, the most recent coaches to make that leap are Brent Venables and Tony Elliott, who were hot commodities in the coaching market amid Clemson’s recent six-year College Football Playoff run yet waited on what they believed was the right job. For Venables, that was Oklahoma, where he was the defensive coordinator before taking the same job at Clemson in 2012. Elliott, Clemson’s primary play caller since 2015, recently took the head job at Virginia, where he could very well face his former boss assuming Swinney and Elliott are still in their current positions the next time the ACC cross-divisional teams pop up on each other’s schedule (Clemson last played Virginia during the regular season in 2020).

“That’s just the way it is,” Swinney said. “So many people are in a hurry to be a young head coach. My goal has always been to be an old head coach. That means you’ve been able to last, sustain and so forth. And if you’re able to do that, you’re going to have (coaches leave).”

Former offensive coordinator Chad Morris was the first assistant under Swinney to jump to the head coaching ranks, taking the SMU job in 2015 after a highly successful four-year stint calling plays for the Tigers. Morris’ successor in part, Jeff Scott, was next to make the move, taking the head coaching job at South Florida following the 2019 season after co-coordinating Clemson’s offense with Elliott for five years, including a pair of national championship seasons in 2016 and 2018.

Billy Napier is also part of Swinney’s tree, though Florida’s coach didn’t take a direct route from Clemson to the head coaching ranks. After having the interim tag removed at Clemson following the 2008 season, Swinney made Napier, a tight ends coach and recruiting coordinator on Tommy Bowden’s staff, his first offensive coordinator. Swinney fired Napier after just two seasons in that role and hired Morris as his replacement.

Napier went on to coach at Colorado State, Florida State, Alabama and Arizona State before landing his first head coaching job at Louisiana in 2018. After turning the Ragin’ Cajuns into one of the country’s top Group of Five programs with three straight double-digit win seasons, he was hired as Dan Mullen’s successor at Florida earlier this month.

How long it takes for more branches to form remains to be seen.

Swinney has promoted Brandon Streeter, a former FCS coordinator, and Wesley Goodwin as replacements for Elliott and Venables, respectively. Both have recently turned down other job offers, including some in the NFL, to remain at Clemson for the time being. Swinney called one of his defensive line coaches, Todd Bates, who recently had assistant head coach added to his title, a “future head coach.” 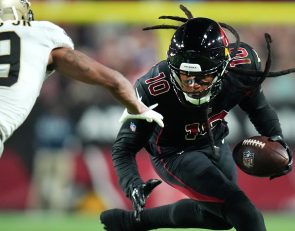 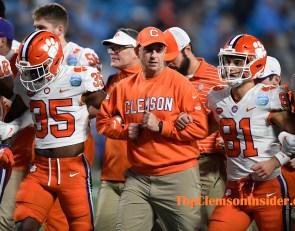 Clemson coaches back on the road