Hunter Renfrow shined this past Sunday night, catching a pair of touchdown passes against the Los Angeles Chargers to help the Las Vegas Raiders to a 35-32, overtime victory in Las Vegas that put the Raiders in the playoffs.

On ESPN’s NFL Live this week, ESPN analysts and former NFL players Dan Orlovsky and Ryan Clark broke down Renfrow’s 2-yard touchdown reception from Derek Carr early in the fourth quarter that gave the Raiders a 26-14 lead with 14:14 left in the game.

“All this dude does is wear people out in routes and score touchdowns,” Orlovsky said.

Watch Orlovsky and Clark break down the receiver in Renfrow that “can not be covered,” beginning around the 1:50 mark of the following video:

The @raiders are a playoff football TEAM that has a front 4+ cover unit that is connected and WR in @renfrowhunter that CAN NOT BE COVERED!! Tuesdays with @realrclark25 on #NFLLIVE 🔥🔥🔥🙏🙏🙏 @victafur @pgutierrezespn @raiderfans @raidersbeat pic.twitter.com/bhqJHz21Wp 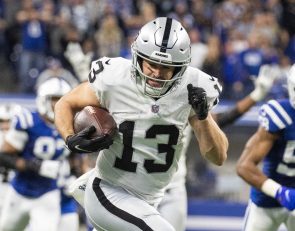 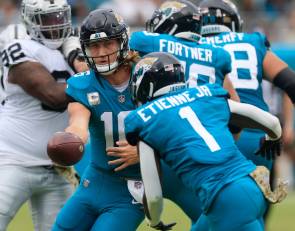 ESPN analyst impressed by Lawrence, says Etienne will be 'an absolute star' 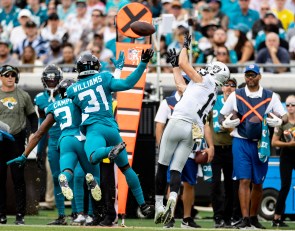