In its third-ever season, Clemson softball is looking to add yet another winning season to its name. Head Coach John Rittman’s squad enters the 2022 season following a 44-8 overall record, 29-5 ACC record, and an ACC Regular Season Championship in their first full season of play.

Clemson returns a roster that made a combined 430 starts in 2021, most notably housing a dual-threat in ace Valerie Cagle, who became the first-ever player to earn both ACC Player of the Year and ACC Freshman of the Year honors within the same season.

Following a stellar 2021 campaign, Cagle was named to Team USA’s U-18 Junior Women’s National Team roster this off-season, competing in the World Baseball Softball Confederation U-18 World Cup in Lima, Peru and the Junior Pan American Games in Barranquilla, Columbia.

In addition to Cagle returning to the circle this spring, Clemson retains key players in the circle in LHP Millie Thompson and righty Regan Spencer as well as veteran power at the plate in Alia Logoleo, Marissa Guimbarda, McKenzie Clark, and Cammy Pereira.

Clemson softball opens up the 2022 season on Thursday, February 10, with the FGCU Kickoff tournament in Fort Myers, Fla., the start of an eight-game away stint. The Tigers’ home opener at McWhorter Stadium comes February 25 with the Clemson Classic. Out of Clemson’s 53 regular season games this spring, 28 will be played at McWhorter Stadium in Clemson, S.C. 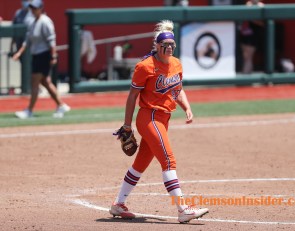 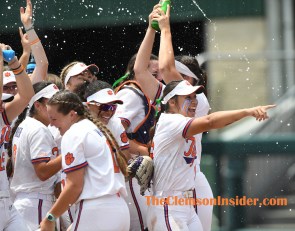