Another standout prospect from St. Joseph’s drawing early interest from Clemson is David Washington, Jr., a 6-foot, 185-pound sophomore wide receiver in the class of 2024.

Washington has built a bond with his teammate Josiah and hopes to travel back to Tiger Town with Josiah moving forward to see and learn more about Clemson.

“Me and Josiah have a good relationship on and off the field,” Washington told The Clemson Insider. “I go work out at his house sometimes. And he is a good teammate on and off the field. He is a leader, we look up to him. And since he just dropped his top 8 with Clemson being one of the schools, I want to go on a visit with him to Clemson.”

Washington was on campus at Clemson last summer, when he competed at the Dabo Swinney Camp.

“It was great,” he said, reflecting on his experience at the camp. “They were my favorite college. It was a good experience for me. I got to go against top players in the nation over there, and I did good. I played against seniors. I went in there as a sophomore. They moved me up, so I think I did great.” 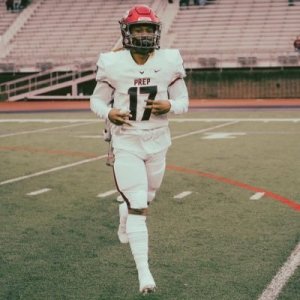 When he worked out with Clemson wide receivers coach Tyler Grisham at the Swinney Camp, Grisham let Washington know that he’s firmly on the Tigers’ future recruiting radar for receivers in the 2024 class.

“He said he liked me a lot,” Washington said of Grisham. “He said I’m definitely going to be one of the players they recruit in the long run, and he said he wants me to get back up there for a visit and everything, come down for a game. I didn’t really get a chance to because of our season and everything. But I definitely want to get back up there.”

Whenever he makes it back to Clemson, Washington is looking to get a better feel for the school, campus and coaching staff, as well as get a taste of the Tigers’ famous pregame tradition, running down the hill.

Tennessee, Kentucky, Penn State, Maryland, Pittsburgh, Boston College, West Virginia and Temple have all offered Washington, while schools such as Ole Miss and Rutgers are showing interest along with Clemson.

Adding Clemson to his offer list down the road is a dream for Washington.

“I’ve been liking them for a while, for years now,” he said. “So, just growing up, showing how good they are, going against the best schools, against Alabama, all that, going against the top players in the nation… It’s a dream come true for anybody that can go there. I just want to be one of them that get that.”

What will the school that lands Washington’s commitment be getting in him as a player in the future?