After Dylan Raiola committed to Ohio State last week, Clemson’s quarterback recruiting board has started to take shape. It’s reasonable to assume that Clemson has since shifted its focus to Willis (Texas) four-star DJ Lagway.

Of course, the Tigers have shown or expressed interest in other 2024 QB prospects like Jadyn Davis, Dante Reno, Daniel Kaelin, James Resar and Jake Merklinger — to name a few — but the attention has begun to shift in Lagway’s direction.

We first identified Lagway as a potential target for Clemson dating back to February. Since then, he made a largely anticipated unofficial visit to campus, while Clemson offensive coordinator and quarterbacks coach Brandon Streeter has now made multiple trips to see the Lone Star State gunslinger in the month of May alone.

“They want me to get up there this summer and camp and stuff like that,” Lagway recently told The Clemson Insider. “Coach Streeter came out to one of my spring practices. He said he was very impressed. I’ve been talking to Coach (Dabo) Swinney a lot, almost two times a week. We talk a lot, me and Coach Swinney.”

The fact that Lagway gets to talk pretty frequently with Clemson’s head coach isn’t something he takes lightly. Lagway told us that he feels like the Tigers have made him a priority in their 2024 recruiting class and that he’s one of their top guys in their class.

Lagway indicated that a scholarship offer from Clemson could come when he visits campus next month. He’s had those conversations about a potential offer dating back to when he visited last month.

“That was a conversation we had from the very beginning since I got there when I got down there on campus when I went to Coach Swinney’s house,” Lagway said. “It’s just the way they run things, they just want to keep the process smooth and keep the way they’ve been doing things.”

“That would be huge,” he continued. “That would be a blessing to have an offer from Clemson and all that good stuff. It would change a lot with my top five.”

Some names to know ahead of Swinney Camp

TCI wanted to pass along some names that we’re tracking ahead of next month’s Dabo Swinney Camp.

While we’ll introduce some new information about some other rising juniors like Kam Pringle and Sammy Brown in this week’s edition of the Insider Report, the names that follow are important ones to know when Clemson starts dishing out offers come June 1.

While Robinson hasn’t talked to anyone from Clemson, the Tigers reached out to his head coach and sent him a message saying that they want him to come up and do a workout with them.

Clemson wide receivers coach Tyler Grisham also followed him on Twitter not too long ago.

Robinson said that he’ll likely camp at Clemson next month and show them what he’s capable of. Robinson (6-1, 180) ranks as the No. 12 wide receiver and the nation’s No. 76 overall prospect in the 2024 recruiting class, per the 247Sports Composite Rankings.

As for Taylor, he’s kept in pretty consistent contact with Grisham since he unofficially visited Clemson back in March. Taylor is unsure when he’ll return to Clemson, but he’s been chatting with Clemson’s receivers coach about returning for camp this summer. While nothing is set in stone, June 11 is certainly a date worth keeping in mind.

Last but certainly not least is Barrett, who told us that Clemson wants him to come up for camp this summer, as the Tigers have talked multiple times with his coaches.

A fast-rising wide receiver from the state of Alabama is planning to visit Clemson in June, in hopes that he can earn an offer from the Tigers.

“I’m going to camp either June 1st or 2nd and see if I pull the offer,” Dozier told The Clemson Insider via text message.

Moody (Ala.) 2023 three-star Davion Dozier is in constant contact with Grisham and is focusing on building a relationship with Clemson’s wide receivers coach.

Clemson’s history at the receiver position is intriguing to Dozier, who describes himself as a big target, who can go up and get the ball and make all the necessary plays.

The latest on Clemson and nation’s No. 1 LB

TCI recently checked back in with the nation’s top-ranked linebacker in the 2024 class to get an update on his recruitment and where things stand with Clemson.

Jefferson (Ga.) five-star Sammy Brown – the No. 1 linebacker in his class, per multiple recruiting services – is one of just two prospects in his class to have earned an offer from the Tigers to date.

Brown (6-2, 220) picked up the offer while on a March 12 visit to Clemson, then returned to campus on April 6 to take in the Tigers’ final spring practice prior to the April 9 spring game.

After the aforementioned practice, Brown had dinner with defensive coordinator/linebackers coach Wes Goodwin, and the two continue to stay in touch every week or so through Brown’s father, Michael, who is the associate head football coach at Jefferson.

Goodwin and co-defensive coordinator/safeties coach Mickey Conn stopped by Jefferson to check in on Brown during the current spring evaluation period and went to one of his weight training periods. Brown told TCI that “it was a pretty big honor” that the coaches came by to see him work out when they could have been anywhere else in the country.

At the time TCI spoke with Brown, he hadn’t been able to sit down and look at his summer schedule, but said Clemson “is a place that we definitely want to get back to this summer.”

Brown, who boasts around two dozen offers, cited Clemson as one of the schools recruiting him the hardest at this point in the process along with Georgia, Oklahoma and Ohio State.

As for where Clemson currently stands with the coveted linebacker, Brown said he really likes Clemson, its culture and “what they’re doing and have done.”

“It’s one of the more elite colleges in football right now,” he added.

TCI also recently caught up with another elite prospect in the 2024 class – Woodland High School (Dorchester, S.C.) four-star offensive lineman Kam Pringle, who is ranked as the No. 2 offensive tackle in the country for his class according to both Rivals and the 247Sports Composite rankings.

Clemson stopped by Pringle’s school earlier this year, and he has been communicating periodically with offensive line coach Thomas Austin, who told Pringle that he’s making plans to travel to Woodland and see Pringle at some point during his team’s spring practices that are getting underway this week.

Pringle (6-7, 315) told TCI that his relationship with Austin has “been growing” and he appreciates the transparency that Austin has with him during their conversations.

“Every time we talk, he tries to make sure I feel as if he’s keeping it real and not changing how things are or portraying it to be something else,” Pringle said. “So, he tries to be straightforward and as transparent as possible.”

Pringle most recently visited Clemson on March 12 and said that while he doubts he’ll compete at the Dabo Swinney Camp again in June (he camped last summer), he’ll likely return to campus for another visit this summer.

Pringle, who has picked up around two dozen offers, named Auburn, Georgia, Alabama, LSU, Kentucky, Tennessee, Ohio State, Michigan State and Florida as some of the schools he feels are coming after him the hardest right now.

As of now, Pringle said, he expects to be committed to a school before his senior year and is thinking he’ll make a decision in January or some time at the beginning of 2023.

Clemson hasn’t yet offered Pringle or any other offensive lineman in the 2024 class for that matter, but Pringle told us the Tigers are “definitely” one of his top 10 schools right now. 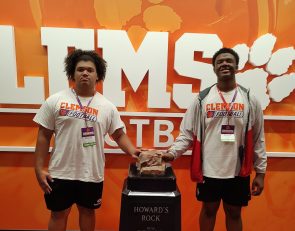 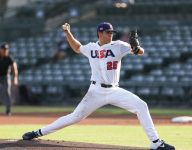 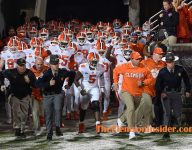 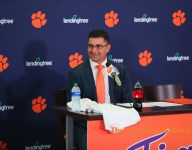 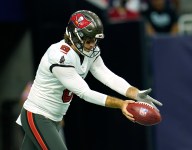 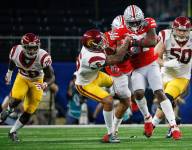 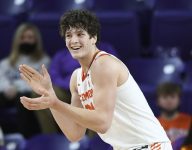 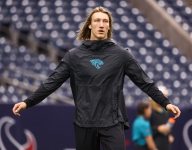 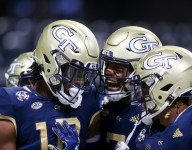 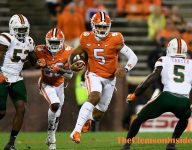 Clemson picks up commitment from another former Michigan pledge