Columbus, Ohio — Clemson finished four shots short of qualifying for the NCAA National Tournament on Wednesday after shooting a final round seven over par 291 at the NCAA Columbus Regional.    The Tigers finished in a tie for sixth place, just one place shy of the needed top five finish to advance to the national tournament in Scottsdale, Arizona later this month.

Oklahoma State and Georgia Tech were co-champions of the regional with scores of 10-under-par 842.  Ohio State took advantage of its home course to finish third with a score of 856.   Arkansas was fourth with a seven over par score of 859 and East Tennessee State was the final qualifier with an 862 score.  Clemson was tied for sixth at 14-over-par 866 with San Francisco.

Clemson, who started on the back nine for the third straight day, got off to a good start and was two-under-par as a team through the first five holes to rank in third place by two shots at five-over-par.  But holes 15-18 on the course proved to be a turning point as Clemson’s five players were 11-over-par for those holes and made just one birdie.  Clemson dropped from third to eighth place heading to the final nine.

Clemson made a comeback on the front nine playing holes 1-4 in two-under-par.   At one point with five holes to play there were six teams, including Clemson, within a shot of the five-team cutline.   But, Arkansas and East Tennessee State pulled away with fine play over the last five holes, especially the par five holes, to gain the final spots.

Jacob Bridgeman, as he has all year, led the Tigers in the final round and for the tournament with a final round 69.  He had seven birdies and five bogeys in a wild ride for the Tiger senior from Inman, SC.   He made a bounce back birdie after all five of his bogeys.

Bridgeman, ranked second in the PGA University Rankings,  recorded his 15th round in the 60s this year and it was the 50th of his Clemson career, an all-time Clemson record.    He had rounds of 72-72-69 for a 213 to lead the Tigers and finish 11th. 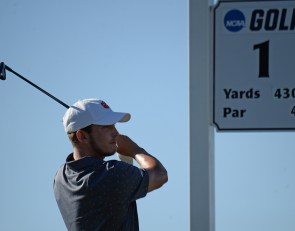 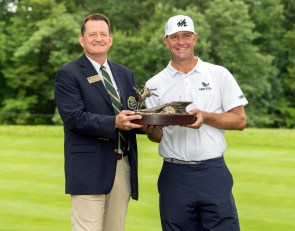