A quartet of former Clemson stars are ranked among the top wide receivers in the NFL entering the 2022 season.

Pro Football Focus this week released its 2022 NFL wide receiver rankings and tiers, and former Tiger and current Arizona Cardinals pass-catcher DeAndre Hopkins is one of eight receivers listed under Tier 1 as “Elite.”

Hopkins is ranked by PFF as the No. 3 wideout in the NFL behind the Las Vegas Raiders’ Davante Adams and the Los Angeles Rams’ Cooper Kupp, respectively.

“Hopkins’ nagging injury meant that the Cardinals couldn’t get the most out of him in 2021,” PFF’s Anthony Treash wrote. “And now they’re guaranteed not to have him for a minimum of six games due to an offseason suspension for a positive PED test. Still, there’s no denying that the 10th-year pro is one of the NFL’s best when healthy.

“Hopkins finished sixth or better in receiving grade in five of the six seasons between 2015 and 2020, seasons filled with highlight-reel toe-tappers, contested wins and spectacular grabs from off-target throws. Since joining Arizona in 2020, his 1.8% drop rate is the second-best in the NFL.”

Tee Higgins of the Cincinnati Bengals checks in 10 spots behind Hopkins as the No. 13 receiver in the NFL on PFF’s list and is ranked under Tier 2 among “Young Talents on the Cusp of Tier 1.”

“The 6-foot-4, 215-pound pass-catcher can make some difficult grabs over the middle of the field and use his large catch radius to reel in slightly inaccurate targets. Even Joe Burrow — one of the most accurate passers in the league — can misfire from time to time, but Higgins can help him out. His eight explosive receptions of 15-plus yards on inaccurate targets were tied for the fifth-most last season.”

Both Mike Williams of the Los Angeles Chargers and Hunter Renfrow of the Raiders are listed under Tier 4 as “Maybe Not Elite, but High-Quality Pass-Catchers.”

Williams is ranked No. 24 overall, while Renfrow is three spots behind his former Clemson teammate at No. 27.

“Bodying defensive backs in tight coverage is where Williams wins,” Treash wrote. “Since 2018, the 6-foot-4, 220-pound wide receiver ranks third in contested catches (66) and second in yards coming from tight coverage targets (1,016). His ceiling is well known given his inability to win elsewhere, but with a complementary piece like Keenan Allen, that’s perfectly fine. Williams can still generate value for the Chargers’ offense, as he has done by finishing top 25 in PFF WAR generated at the position in three of the past four years.”

Added Treash on Renfrow: “Renfrow is among the league’s best slot receivers. He turned in the seventh-best slot receiving grade in 2021 and brought in 96.5% of his catchable targets when on the inside. Renfrow also doesn’t get the recognition he deserves as a route runner. The 5–foot–10, 184-pound receiver’s separation rate last season stood at the 95th percentile among qualifying NFL receivers.” 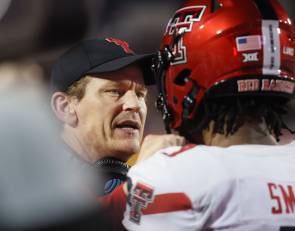