Dabo Swinney believes arguments can be made both ways when it comes to how ACC teams piece together their conference schedules, which is why Clemson’s coach said he’s “kind of indifferent” on whatever format the league decides to use in the future.

“It’s not really one of my battles or one of the things I’m really passionate about,” Swinney told The Clemson Insider this week. “I’ll get on board with whatever they think is best for the league.”

But Swinney admitted he has his reasons for liking the Atlantic and Coastal divisions that have split the ACC’s football teams down the middle since 2005, which may not be the case much longer.

The ACC is among numerous FBS conferences that could soon make divisions a thing of the past. A 3-5-5 format in which teams have three permanent conference opponents with five of the remaining 10 teams rotating on the schedule every other year was discussed among athletic directors during the league’s spring meetings earlier this month.

The NCAA recently paved the way for leagues to abolish divisions by relaxing restrictions on who’s eligible to play in championship games, leaving it up to conferences to determine how their title-game participants are decided. It opens the door for the two teams with the highest conference winning percentage to play for a championship rather than division winners.

On one hand, Swinney sees some benefits in the ACC going to a 3-5-5 model in the future, a format that would reportedly go into effect for the 2023 season at the earliest. For one, Swinney said all of Clemson’s future signees would be ensured of playing every other team in the league during their collegiate careers, which isn’t the case under the division format where only one new cross-divisional opponent rotates on a team’s schedule each year.

Swinney said it also creates the potential for more balanced scheduling within the conference, though he opined that could get complicated with some teams wanting to preserve rivalries games as well as the potential addition of Notre Dame as a permanent football member at some point down the road.

“That particular scenario makes sense if we do it. I think it’s more fair,” Swinney said of the 3-5-5 model. “Because what you don’t want is one league and then TV controls what the schedule is. Because I know what’s going to happen for Clemson, and that ain’t good. We’re going to play at night every week. As long as there’s some equity in how the schedule is done, I think it’s fine.”

On the other hand, Swinney has a soft spot for divisions given the transformation Clemson has made into the ACC’s gold standard during his tenure. The Tigers’ Atlantic Division title during Swinney’s first full season at the helm in 2009 clinched their first-ever trip to the conference championship game, setting the program on a course to winning seven ACC titles in 10 years, including six straight from 2015-20. Two of those seasons (2016, 2018) ended with Clemson claiming its most recent national championships.

“I just think there’s some identity there, and I do think it kind of gives you some steps you can take along the way,” Swinney said. “I know for us, in ‘09 when we won that division, it was a big deal. We got to Tampa and we didn’t win the league, but that was a big deal. That was something we could go and sell in recruiting.”

Swinney said it’s not just his own program for which divisions have sentimental value.

“I know (Pittsburgh coach) Pat (Narduzzi) was talking about that at the (spring) meetings,” Swinney said. “When they won the Coastal in ‘18, they didn’t win the league, but that was a big deal for them. So there are arguments both ways.

“Regardless if it’s two divisions or one league, we’ve got to take care of our business and try to win this league. But I think there’s pros and cons to both.” 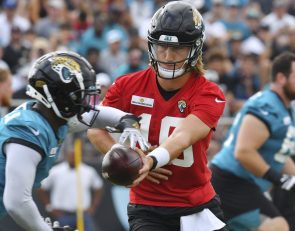 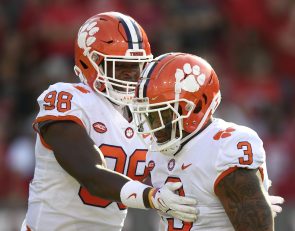 A standout signal-caller from the Cornhusker State, who has collected double-digit scholarship offers, had the chance to showcase his talent at the Dabo Swinney Camp last month. Bellevue West High School (…) 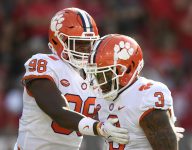 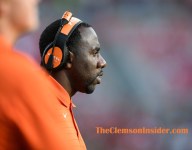 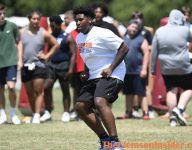 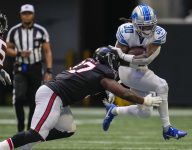 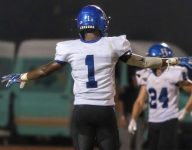 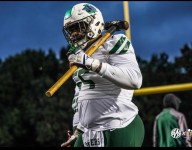 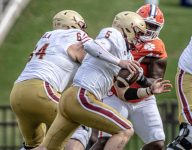