Wagner’s second at-bat during the Tigers’ ACC Tournament finale against Virginia Tech proved to be a historic one for the Tigers’ third baseman. He sent Brady Kirtner’s first-pitch fastball screaming toward the gap in left-center at Truist Field. But like 26 other deep flies for Wagner this season, the park couldn’t hold it.

His 27th homer matched former All-American Khalil Greene for the most in a single season at Clemson, a record Greene set in 2002 en route to National Player of the Year honors.

“At the end of the day, I’m grateful for it,” said Wagner, the ACC’s Player of the Year this season. “All the hard work I’ve put in really this year and this offseason I guess has paid off a little bit.”

The problem for Wagner was his record-tying long ball came with the Tigers already trailing 10-2 in just the third inning of what could be the final game for them this season as well as their slugging corner infielder. Needing at least one win this week to give its postseason resume a much-needed boost, Clemson, which finished the tournament with a minus-19 run differential, fell to the top-seeded Hokies 18-6 to cap a winless showing in Charlotte, making the individual feat a bittersweet one for Wagner.

“It’s not where myself or my team wanted to be at the end of the result,” Wagner said of Clemson’s two tournament losses. “Just grateful for myself but wish things would have ended a little bit different.”

Clemson enters Selection Monday with a 35-23 overall record but just a 13-18 mark against ACC competition, though it certainly wasn’t for a lack of trying on Wagner’s part. After hitting just .214 in 35 games as a true freshman last season, Wagner is hitting .369 this season in addition to leading the conference in home runs and slugging percentage (.852). He also ranks in the top 3 in the league in RBIs (76), total bases (173) and on-base percentage (.496).

Wagner and the rest of the Tigers will find out if this is the end of the line when the NCAA Tournament field is announced Monday. If so, there’s also a chance Thursday’s game was the last at Clemson for Wagner, a draft-eligible sophomore who will likely have a decision to make when the Major League Baseball First-Year Player Draft rolls around in July. 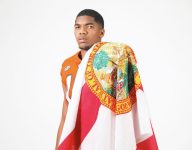