ESPN this week ranked the top 50 incoming freshmen and transfers to know this season (subscription required) and named a couple of the Tigers’ first-year players among the newcomers who have a chance to make an impact on their new teams.

ESPN has Clemson freshman cornerback Toriano Pride ranked No. 34 on the list.

A Missouri native who finished his prep career in Illinois and became one of the nation’s top corners, Pride was a national top-40 player according to 247Sports, which rated him No. 39 overall and sixth-best among cornerbacks. He helped his East St. Louis team to an 11-3 record in 2021, recording 84 tackles and three interceptions as a senior, and had 82-yard interception return for a touchdown against Belleville West.

“Clemson lost corners Mario Goodrich and Andrew Booth Jr., as well as safety Nolan Turner, who combined for half of Clemson’s 12 interceptions a season ago,” ESPN Staff Writer Tom VanHaaren wrote. “The Tigers will need multiple people to step up and help in the secondary, and the 5-11, 185-pound Pride could earn playing time early this season.”

Klubnik completed his career at Westlake High School (Austin, Texas) with a trio of Texas 6A state championships and no losses. The 6-foot-2, 185-pound signal-caller, who was rated as a five-star prospect and ranked as the No. 1 QB recruit for the class of 2022, accounted for 3,722 scrimmage yards and 55 total touchdowns while completing 71 percent of his passes as a senior in 2021.

Klubnik, who enrolled at Clemson in January, graduated as Westlake’s all-time leader in passing yards and touchdowns, topping a list that includes Super Bowl MVPs Nick Foles and Drew Brees.

“Clemson returns starter DJ Uiagalelei this season, but it’s never a bad thing to have some competition and someone to push another player to improve,” VanHaaren wrote. “Last season, Uiagalelei ranked 77th in total passing yards, 117th in yards per attempt, 101st in passing touchdowns, 92nd in total interceptions thrown and 112th in completion percentage. If those numbers don’t improve, Klubnik, the No. 1 dual-threat quarterback in the class, could push Uiagalelei for playing time.” 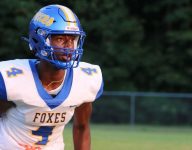 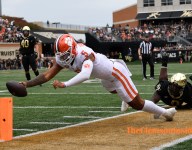 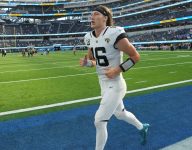 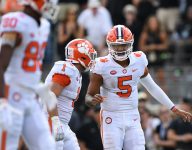 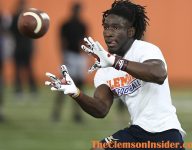