This week, a national outlet ranked the ACC’s top 10 prospects for the 2023 NFL Draft, and several players from Clemson’s loaded defense made the list.

CBS Sports took an early look at the best NFL Draft prospects in the ACC entering the 2022 season, and two players from the Tigers’ talented defense are the top two on the list, while four Clemson defenders are ranked in the top 10 overall.

Junior defensive end Myles Murphy tops the list at No. 1.

A former Top 5 national recruit who made an instant impact, earning Freshman All-America honors from several outlets in 2020 and earning a fourth-team All-American selection from Phil Steele in 2021, Murphy enters 2022 credited with 94 tackles (26.0 for loss), 11.0 sacks, five forced fumbles and three pass breakups over 25 games (16 starts).

“When comparing size, Murphy stacks up to last year’s No. 1 overall selection — Travon Walker,” CBS Sports’ Josh Edwards wrote. “Murphy is a good athlete but is realistically not going to match Walker’s historic NFL Combine performance. Murphy does have more exposure to what would be considered a traditional edge rusher role than Walker at the same point in his career. The former shows active hands and an ability to turn speed to power. When attempting to identify the likely first-round selections in the preseason, Murphy jumps out.”

Junior linebacker Trenton Simpson is right behind Murphy on the list at No. 2.

An explosive linebacker and edge rusher, Simpson heads into the 2022 campaign credited with 110 tackles (18.5 for loss), 10.0 sacks, three pass breakups and a forced fumble across 25 games (15 starts).

“Simpson is one of the most versatile defenders in this potential NFL Draft class,” Edwards wrote. “He is not Micah Parsons but could excel in a similar role allowing him to play in the box, rush the passer and cloud passing lanes. The Charlotte native finds himself around the ball often because of his quick key and trigger. First-year defensive coordinator Wes Goodwin has a lot to work with this season.”

Redshirt sophomore defensive tackle Bryan Bresee checks in at No. 7.

The former No. 1 recruit in the country who burst onto the scene as a Freshman All-American in 2020, Bresee became the second ACC Defensive Rookie of the Year in Clemson history, joining Dexter Lawrence (2016). He enters the upcoming season with 48 tackles (9.5 for loss), 5.5 sacks, two pass breakups, an interception, a forced fumble and a safety over 16 games (14 starts).

“The nation’s No. 1 overall high school recruit in 2020 missed most of last season with a torn ACL,” Edwards wrote. “The talent is evident, but it is unknown what to reasonably expect from Bresee coming off the injury this season. The Maryland native carries his weight really well and is just a natural athlete. He does a good job of stacking blockers while peering into the backfield and has good top end speed.”

Senior defensive tackle Tyler Davis rounds out the list, coming in at No. 10.

Davis made an immediate impact for the Tigers, earning the starting role in his first career game as a true freshman in 2019, and has been a key interior piece for Clemson’s defense ever since. He goes into the 2022 season with 95 tackles (16.5 for loss), 10.0 sacks, three pass breakups and two fumble recoveries across 31 games (28 starts).

“Davis does a great job of shooting gaps and creating chaos in the opponent’s backfield,” Edwards wrote. “He does a good job of stacking and shedding blockers to make an impact in the run game.”

–Information from Clemson Athletic Communications contributed to this article 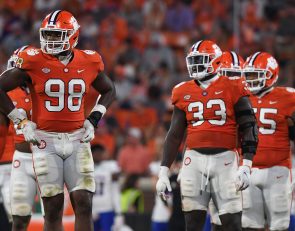 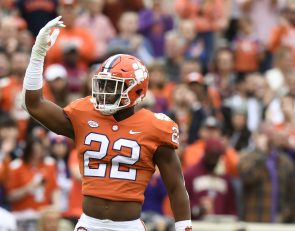 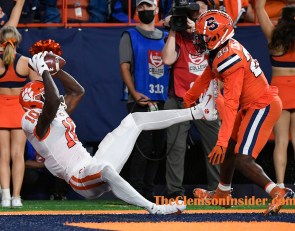 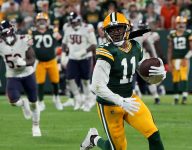 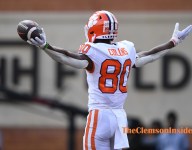 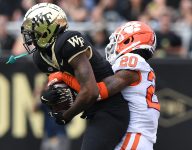 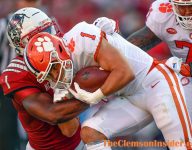 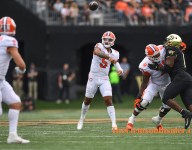 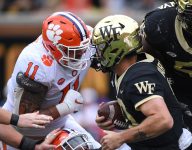 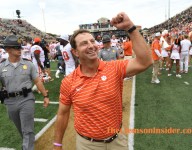 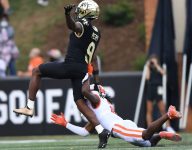