DJ Uiagalelei has earned the respect of his Clemson teammates, and certainly this one.

Sophomore Marcus Tate, who protects Uiagalelei as a member of Clemson’s offensive line, has witnessed Uiagalelei’s work ethic firsthand and had plenty of praise for the Tigers’ junior quarterback while meeting with the media Thursday.

“He’s the hardest working dude on our team, in my eyes,” said Tate, who played in 13 games and made eight starts on Clemson’s O-line as a true freshman in 2021. “He works his butt off more than anybody.”

Tate also complimented Uiagalelei for his humility and the support he shows for his teammates.

‘He’s very humble,” Tate said. “He’s probably the best teammate on the team as well. He’s always there for all of us.”

Uiagalelei is coming off a subpar sophomore campaign in 2021, when he had a 55.6 completion percentage with nine touchdown passes and 10 interceptions, but the former five-star prospect showed what he is capable of as a true freshman the year prior, when he threw for 781 yards and four touchdowns with no interceptions in two starts against Boston College and Notre Dame.

Tate believes the work Uiagalelei has put in will pay off in a big way as he looks to bounce back in 2022.

“This year with the confidence and all the hard work he put in, he’s gonna put on a show this year,” Tate said. “Best quarterback in the nation.” 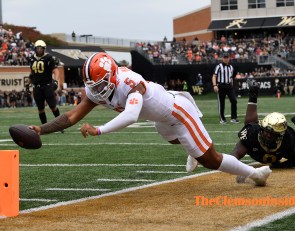 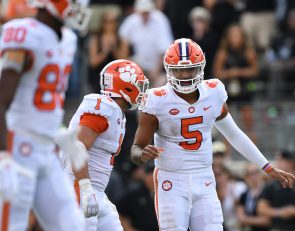 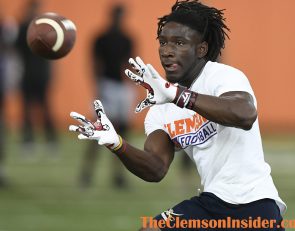