After word of Troy Stellato’s season-ending injury was revealed following Clemson’s scrimmage earlier today, the Tigers’ redshirt freshman receiver took to social media to weigh in on his latest setback.

After Stellato was carted off the field at the end of Friday’s practice, Clemson coach Dabo Swinney confirmed today Stellato tore his ACL, the timing of which will force him to miss the 2022 season. Stellato vowed in a tweet to eventually make a successful return.

“Everything happens for a reason,” Stellato tweeted. “I’ll be back better then I ever was mark my words. Gods got me!”

The injury is another setback for Stellato, who’s dealt with injuries since arriving on campus before last season. He’s had a hamstring injury that affected him up until the start of camp this year. He also sustained a heel injury during last season.

Stellato, who was also getting reps as a punt returner before his latest injury, has played in two games for the Tigers. In line for a medical hardship waiver, the 6-foot-1, 195-pounder will still have four years of eligibility remaining beginning with the 2023 season. 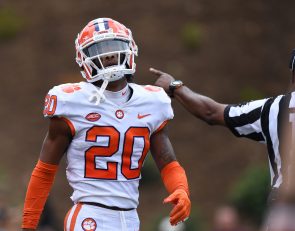 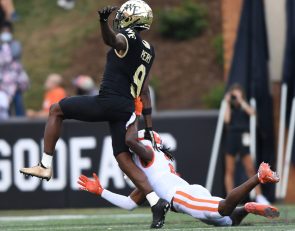